Within the gates of the heavenly city of Wonders Cairo is the vacation of a lifetime between hand-picked monuments worthy of being on the UNESCO world heritage sites. For five incredible days, every traveler will witness all the heavenly treasures located across the city that never sleeps Cairo city such as Giza Pyramids Complex, Dahshur Pyramids, the National Egyptian Museum, Hassan Mosque, Al Rafai Mosque, Muizz Street, Hanging Church, and more marvelous sites.  Egypt Tours Portal is a trusted travel agency that will offer a marvelous Cairo tour for the best reasonable prices with the help of a highly expert staff of tour operators, tour guides, and drivers across the UNESCO chosen magical monuments. Book this delightful Cairo adventure and witness one of the ancient places on earth.

Your legendary tour to Cairo will take its first step when you arrive in Egypt at Cairo Airport then our professional Employee will help you with all the paperwork and formalities then you will be taken by an A/C vehicle to your hotel to relax. You will head to the Giza Pyramids Complex to attend the majestic Sound and Light Show that will narrate how the immortal Ancient Egyptian Civilization came to be, You will have your dinner then spend the overnight in Cairo.

Your tour guide will pick you up from your hotel after you had your breakfast then your private Tour Guide will escort you to the oldest and greatest monuments ever built on earth which has been inducted into the UNESCO world heritage sites such as:

Giza pyramids complex is one of the most epic constructions ever built in the world more than 4500 years during the old kingdom (2686 – 2134 BC) that hold the great Pyramid of King Khufu one of the seven wonders of the ancient world, the Valley Temple the house of mummification, and the Sphinx is one of the most famous statues on earth which is known as Hor – Em – Akhet that means Horus of the Horizon.

Enjoy your lunch at a Pyramids view restaurant then your tour guide will escort you to your next attraction which is:

Memphis city is one of the oldest cities on earth Memphis was built by King Menes in 2925 BC to be the first capital in the history of Egypt which was known as Hut-Ka-Ptah which means the Enclosure of the Ka of Ptah then was translated to greek to Ai-Gy-Ptos that is the etymological source for the name Egypt.

The epic Saqqara Step Pyramid is a highly important monument that launched a whole new era of pyramid constructions through the design of vizier Imhotep. The Step Pyramid is six steps at the height of 62 m surrounded by a one-of-a-kind complex. 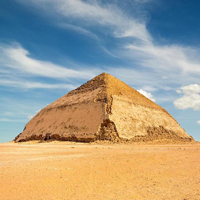 Bent Pyramid is one of the earliest Pyramids to be built in the history of Egypt for Pharaoh Sneferu (2575-2551 BC). The Red Pyramid one of a kind construction made from red limestone which explains the red color was constructed from 2613 till 2589 BC by also Sneferu.

Finally, you will return to your hotel in Cairo for the overnight.

On the third day, you will begin by having your breakfast then you will head with your tour guide to the UNESCO Natural world site called 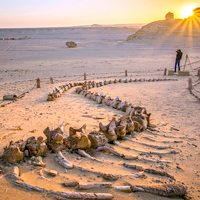 Waud El Hitan showcasing the natural evolution of hundreds of fossils of Archaeoceti "an extinct sub-order of whales" dating to millions of years ago found in Faiyum about 150 km in southern Cairo. You will ride in a 4x4 vehicle, moving up and down the sandy dunes. Next up, you'll try exciting sandboarding across the dune edge of the western desert.

After that, enjoy a relaxing camel ride and calmly look out across the Sahara landscapes. Hold on to the camel and absorb the heartwarming wild desert scenery which feels like a portrait made in the heavens. Then, arrive at the Bedouin camp and savor a flavorful barbecue lunch. Finish your safari and return to your hotel in Cairo for the overnight.

Your day starts by having your breakfast then it is time to open your heart and mind to the city of miracles Cairo and head with your tour guide to :

The magical National Museum of Egyptian Civilization "NMEC" is the house that UNESCO built with the help of the Egyptian Government to shed some light on the legendary culture and History of Egypt in the most vivid, advance, and extraordinary manner.

The Hanging Church is one of the oldest Coptic constructions in all of Egypt which dates back to the 3rd century located above the gatehouse of the Babylon Fortress was built in 525 BC during Roman rule.

A street from ancient storybooks dating to the Fatimid dynasty in 969 AD after the new caliph Al-Muizz. The street has the greatest concentration of medieval Islamic architecture on earth. 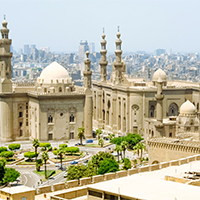 The Sultan Hassan Madrassa-Mosque is a majestic construction that was built in the Mamluk period between 1356 AD and 1363 AD. It is by far one of the most beautiful Islamic constructions in the entire Arab World. 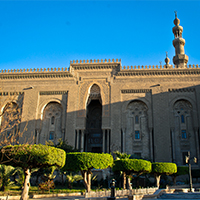 Al Rifai Mosque of the royals which was built in 1869 AD by an order for Khedive Isma’il Pasha next to the enchanting Sultan Hassan Mosque to be a mausoleum for the royal family the descents of Mohamed Ali. 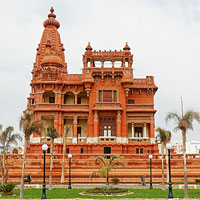 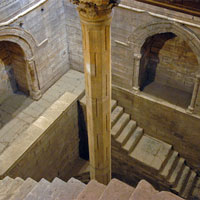 One of the most Unique monuments in all of Cairo, this hidden gem is constructed in 861 AD on the Roda Island in Egypt which was used to measure the water level.

You will then spend the overnight in your hotel.

You will have your breakfast and end your 5 Days UNESCO Tour in Miraculous Cairo by catching your flight from Cairo Airport to your home. 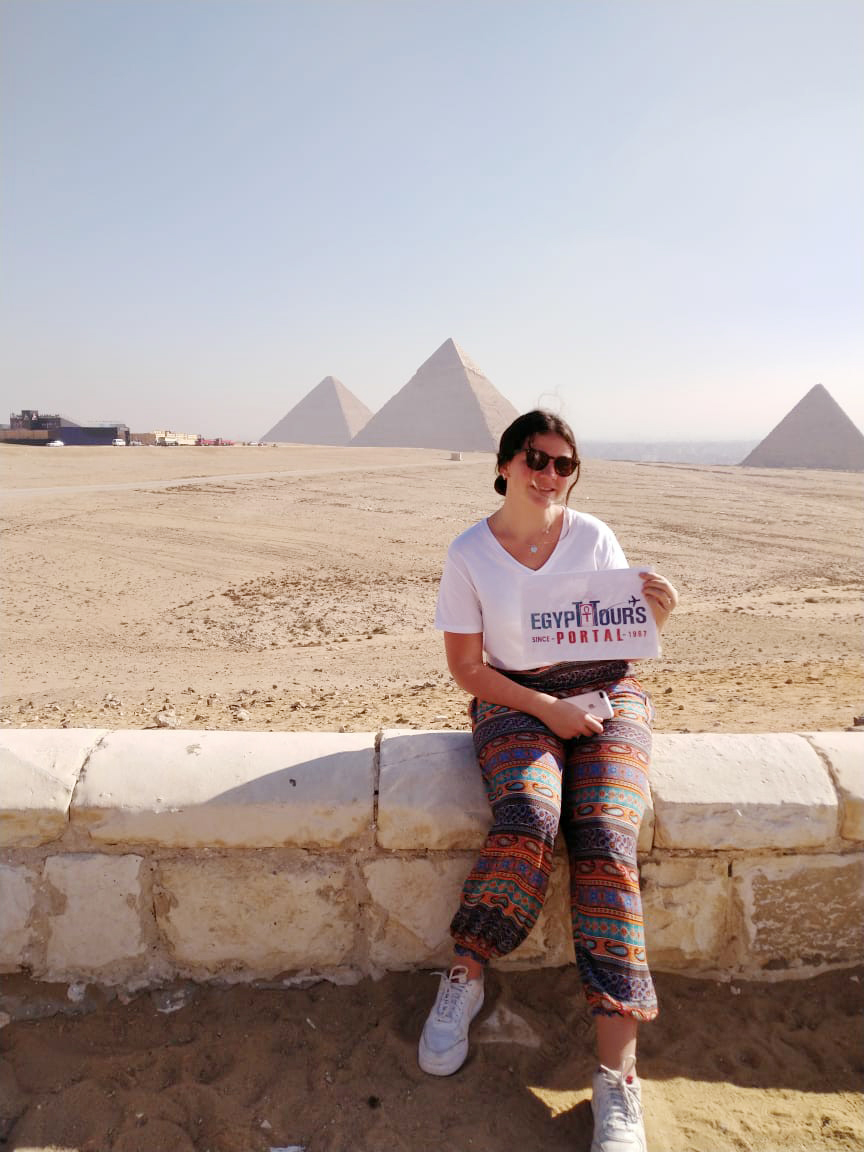 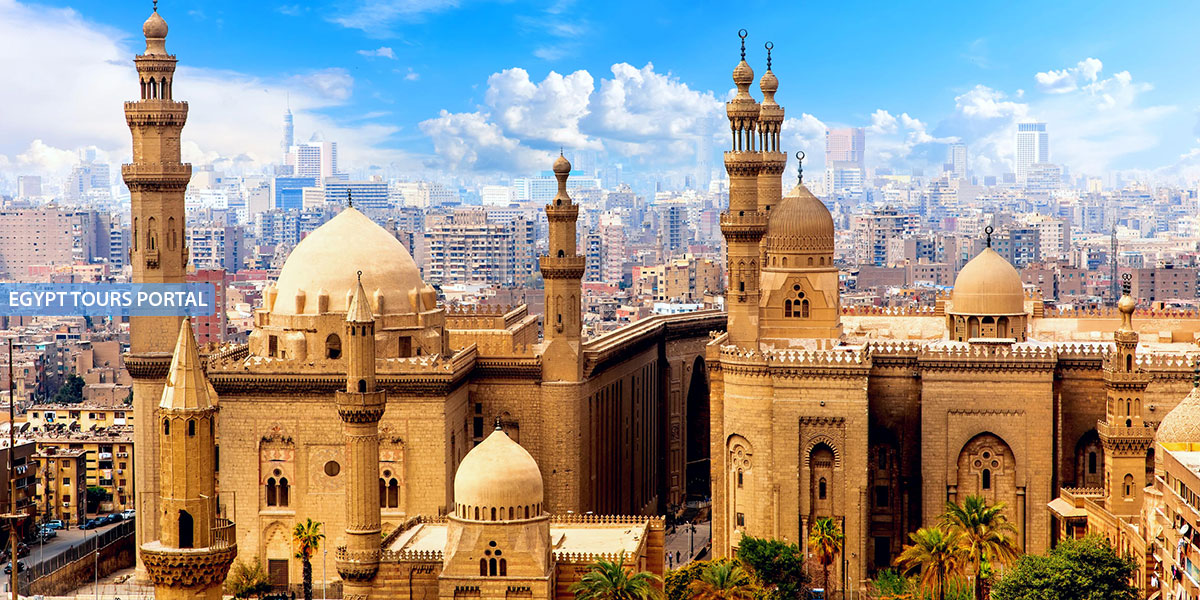 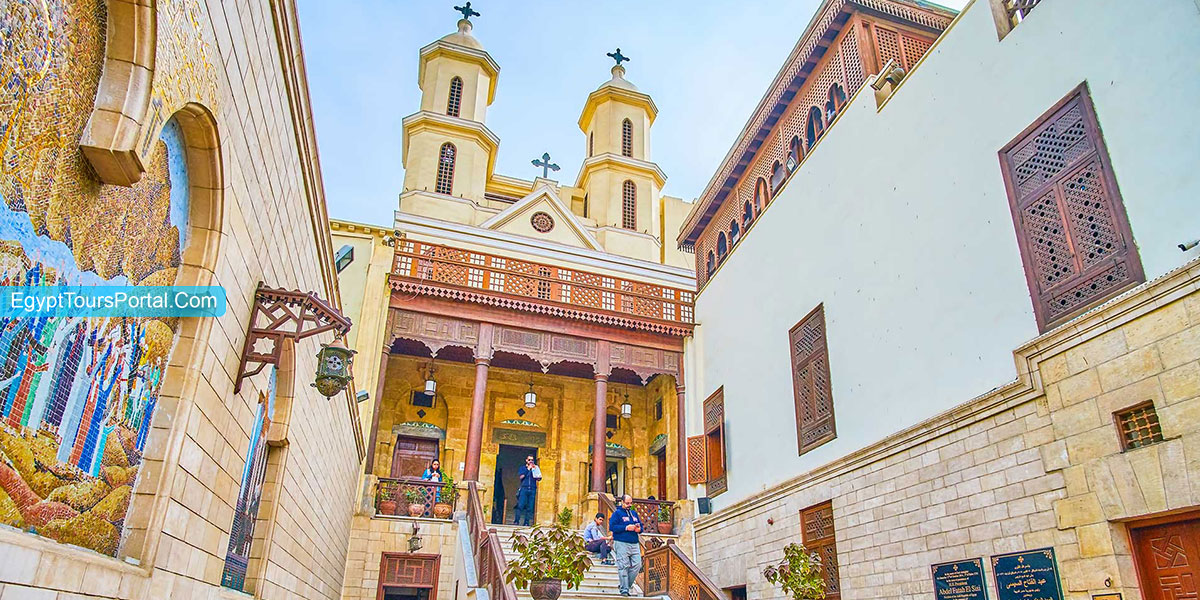 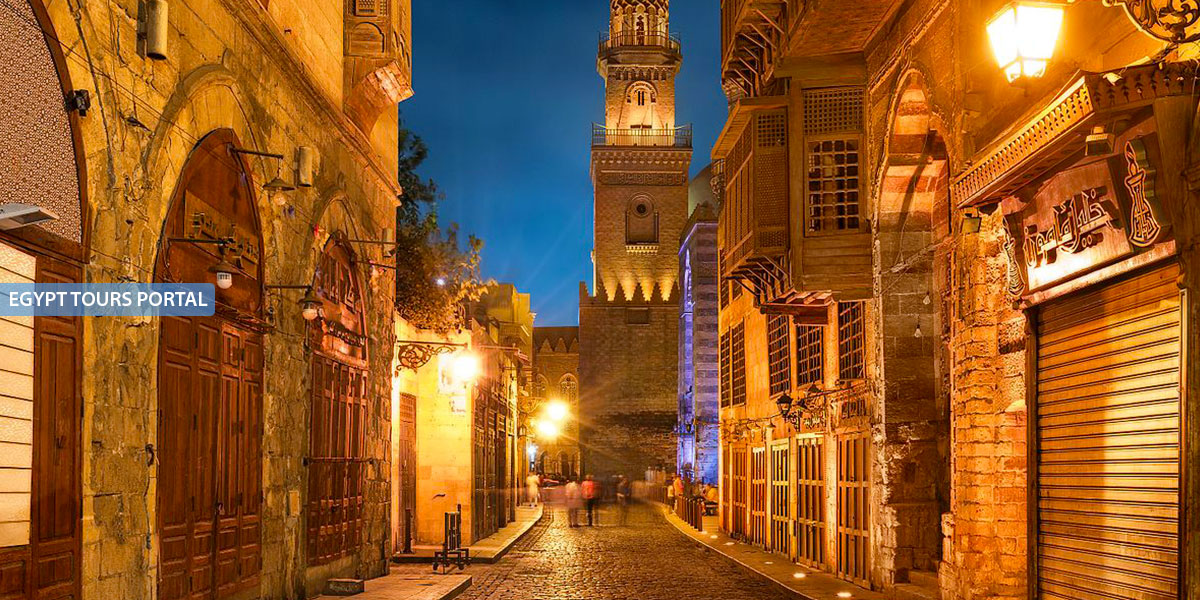 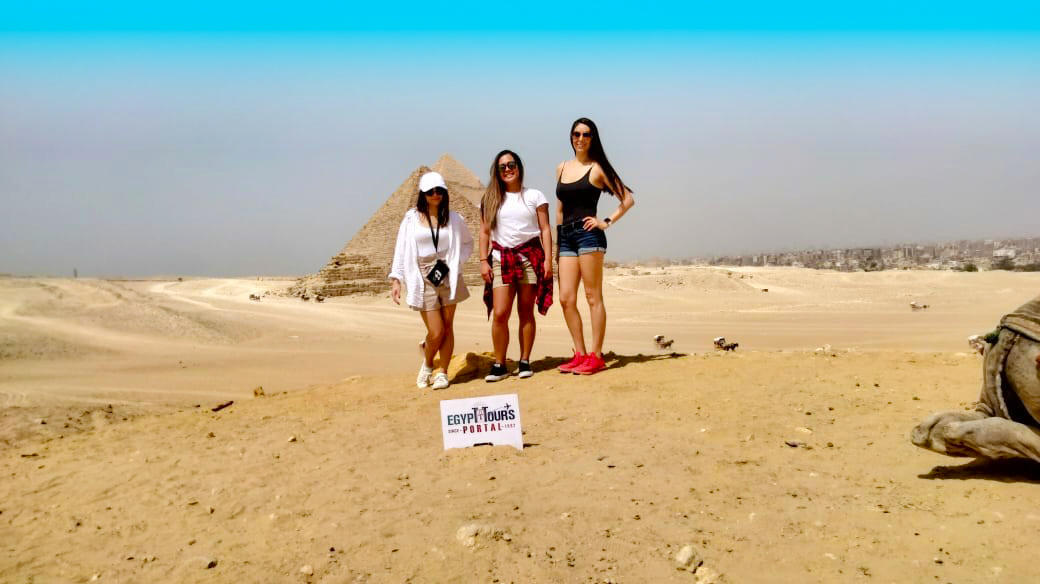 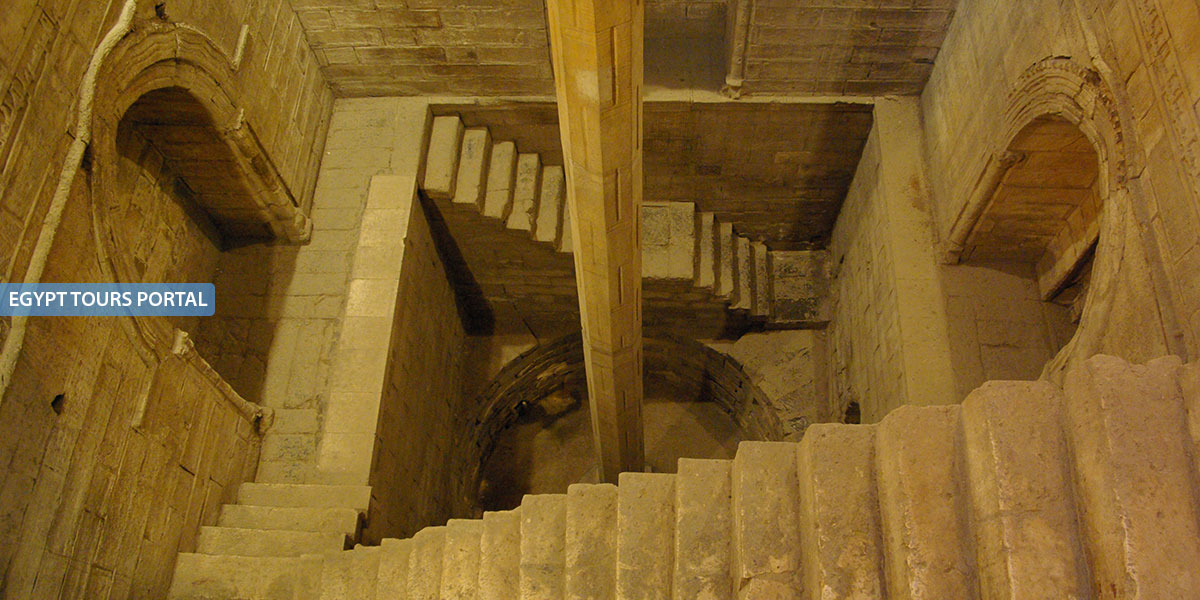 Enjoy 5 days UNESCO tour in miraculous Cairo where you will explore the heritage sites in Cairo. Book now... 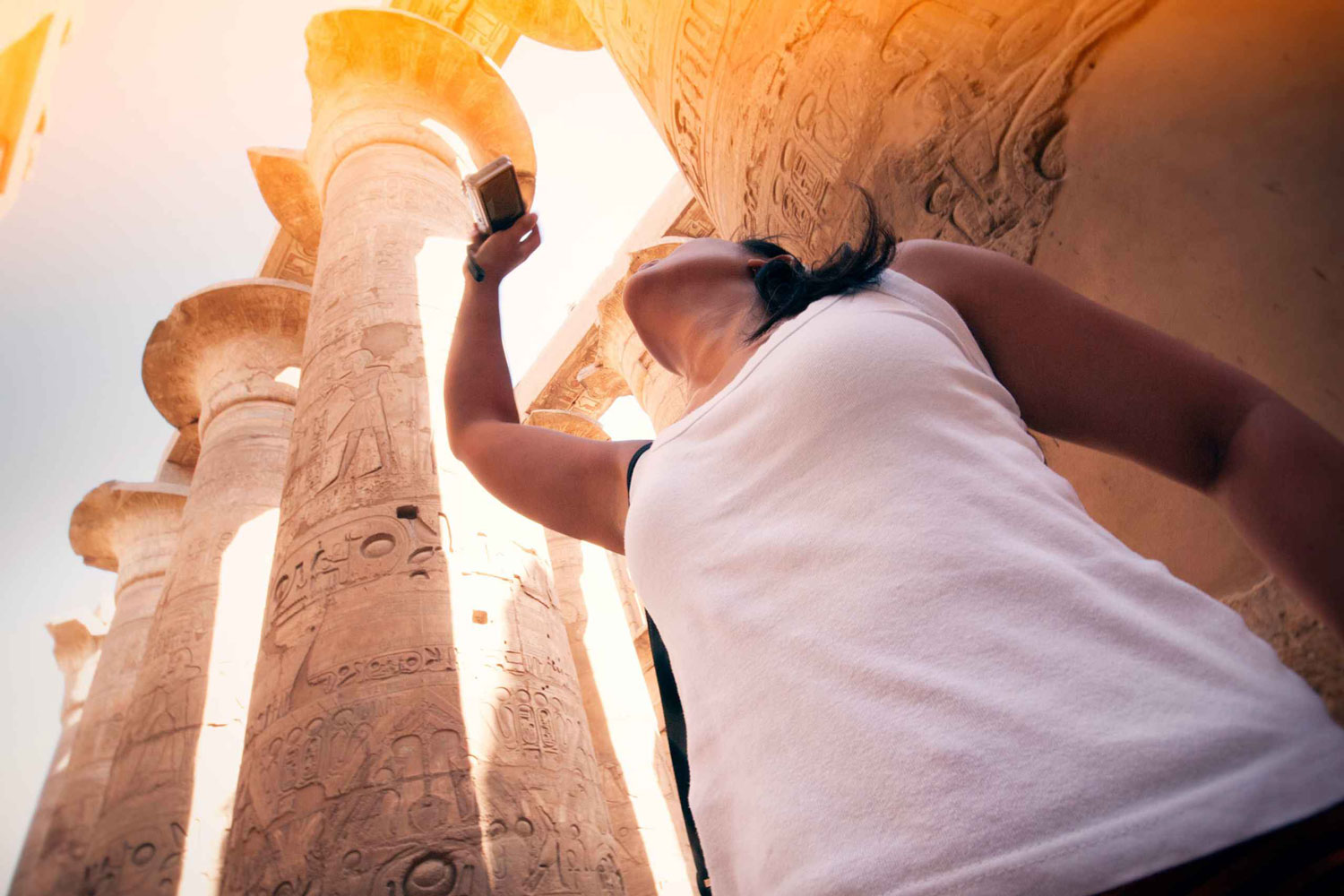 Enjoy a week of treasure hunting across the legendary UNESCO sites through our 7 days historical UNESCO t...