In this piece of paradise is the finest collection of ancient monuments & artifacts created to immortalize a legacy that reached for the stars in Cairo & Luxor where you can discover the true meaning of greatness with the Giza Pyramids complex, the Egyptian museum, the temples of Karnak and Hatshepsut, the Valley of the Kings and much more plus the city resort of Hurghada where you can experience a tropical haven filled with the finest visions of tropical natural beauty. Egypt is the ideal destination to enjoy your honeymoon and create memories that will be cherished forever.

Your Journey will begin on day one when you land in Egypt as our "Egypt Tours Portal" representative will be waiting for you in Cairo airport at your arrival gate where he will help you complete all of your passport control formalities and luggage identification & carry. You will be then taken by a private air-conditioned car to your 5* hotel reservation for checking-in and at the evening, you will begin your tour by a romantic dinner cruise on the immortal Nile River where you will get to relax and enjoy a colorful belly dancing show with a folklore band featuring a magical Tannoura spin in keeping with Egypt's whirling dervishes tradition. In the end, you will head back to your hotel for the overnight.

Day Two: Live Amidst The Mysteries Pyramids With Your Lover

You will enjoy your breakfast in the early Moring and check-out from the hotel, then join your private tour guide across some of the most amazing historical sites on the plant such as:

The Giza pyramids complex will be your first stop which has been waiting for your visit for the last 4000 years. The Giza complex consists of three main pyramids, six little pyramids, the glorious sphinx and the house of immortality valley temple.

The great pyramid of Khufu is pure ancient history made of magic & wonder as it is the last intact structure of the seven wonders of the ancient world. It was built in 2580 BC which makes it older than 4500 years old, it was constructed in 20 years using 2,300,000 pieces of limestone each weighing 2.5 tons and a workforce of 100,000 free skilled workers, which resulted in creating a pyramids standing at the height of 147 m (481 ft) which made it the tallest building in the world for 3800 years. The great pyramid is still able to turn heads due to its complex interior compared to its massive magnitude.

The great sphinx has inspired great artists, travels & rulers for countless centuries, it has the shape of a mythical creature called the sphinx which has the body of a lion and the head of a man who probably was king Khafre to represent power and wisdom. The sphinx has gained many names over time is known in Arabic as Abu Al-Hawl which is Arabic for The Father of terror . The sphinx has the height of 73 m (240 ft) and 20 m (66 ft) and was carved out of single limestone rock in 3 years using about 100 workers its origin and age is shrouded with a lot of mystery.

The Valley Temple is the place where the mummification process took place, it was constructed within Egypt old kingdom (2686 2134 BC). It is one of the best-preserved structures of the ancient Egyptian civilization and the source of great information about the mummification of ancient Egypt. The valley is made entirely from limestone, granite and holds magnificent diorite statues of king Khafra.

Enjoy a romantic lunch with your partner at a Pyramids / Nile view restaurant, then you will head to:

The Egyptian Museum holds the beautiful secrets of ancient Egypt, it contains the largest number of rare ancient Egyptian artifacts & monuments in the world dating to more than 4500 years across the entire history of ancient Egypt. Inside the two stories building are over than 150,000 artifacts made from extravagant materials like gold & gemstones to ordinary ones like wood or stone that comes in the form of statues, funerary objects, supplies like the treasures of King Tutankhamun, the Narmer palette, Papyrus, plus a number of displayed mummies and countless others.

Morning time, after breakfast, you will head to Luxor East bank where you will continue your Egypt honeymoon adventure by exploring some of the tiptop Luxor tourist attractions including:

The Karnak temple is a piece of heaven on earth, this holy land is one of the world's biggest open-air museum, it was known as Ipet-isu The Most Selected Of Places and Pr-Imn House Of Amon . It is one the largest religious man-made construction on the plant and dates to more than 4000 years, it served as the center of the religious practices of the entire ancient Egyptian kingdom for more than 1500 years. The temple of Karnak had a shrine for various deities like Osiris, Montu, Ptah, Isis and more but it was dedicated mainly to the Theban triad which consisted of God Amun with his wife the Goddess of Justice Mut and his son the moon god Khnsou.

You will then enjoy your lunch meal, then transfer to your hotel to enjoy a nice break together, then at night move with your tour guide to spend a memorable night at:

Luxor temple is the gem of the entire city which showcases the artistic soul ancient times, it was built in the 1400 BCE during the reign of Pharaoh Amenhotep III where it was known as "Ipetresyet" which means the southern sanctuary . It was dedicated to the God Amun of the Theban Triad and to represent the idea of the rejuvenation of kingship. The temple is filled with enchanting extensive decorations & constructions. The best time to visit the temple is at night where the light of the moon illuminates the temple & the entire temple is born once again.

You will have your breakfast and check-out from the hotel in Luxor, then continue your breathtaking honeymoon in Egypt with your tour guide then enjoy a tour of Luxor west bank starting with:

Valley of the kings is a magical place between the earth & the heavens built by the ancient Egyptians in the heart of a mountain to be the final resting place of the greatest Kings and Queens of Egypt new kingdom (1570-1070 BC). It holds 63 tombs filled with various majestic artifacts, statues, majestic decorations, and the most famous ones are Rameses II, Amenhotep I, Hatshepsut, and the famous boy-king Tutankhamun. The valley became a World Heritage Site by UNESCO in 1979 because of its historical & artistic importance.

Hatshepsut Temple is the finest example of prestige, success & class. It was known as Djeser-Djeseru (Holy of Holies) and is famous for being the most beautiful structure of the ancient Egyptian civilization. It was built in 1479 BC to showcases the powerful spirit of the new kingdom (1550-1070 BC), Hatshepsut's dedication to the god Amun and her power & her legacy as one of the most successful rulers in the history of ancient Egypt. The unique design of the temple is based on the concept of Classical Architecture and contains some of the most impressive statues in her image, decorations and art pieces in all of Egypt.

Colossi of Memnon have been protecting the city of Luxor for a long time, they were built by Amenhotep III (1386-1350), they consist of two colossal blocks of quartzite sandstone standing at the height of 18 m (60ft) weighing 720 tons each and has the shape of the Pharaoh himself. The colossi were damaged due to a large earthquake in 27 BC but were rebuilt once again in 199 AD. The statues gained quite a fame in the Greco-Roman period due to the phenomenon called The Vocal Memnon where a sinning sound was made for time to time which was nothing more than the sound of the wind passing through the statue at dawn.

You will then have a romantic lunch at a Nile view restaurant then drive to Hurghada. Upon your arrival check-in 5* hotel and overnight.

Day Five: Complete Your Honeymoon in the Red Sea

In your day five, you will be in Hurghada where you will have a free day so you can explore the city resort with your soulmate and enjoy all that the city has to offer.

On Day Six, after you have your breakfast, you will check-out from your hotel in Hurghada then catch the evening flight to Cairo where you will spend the overnight in a 5* hotel.

In your Final Day, you will have your breakfast then you will be transferred to the airport where you will end your 7 days Egypt Honeymoon Holiday and return home safely with your lover. Note: You can share your thoughts about adding or removing any tours from your tour itinerary to be able to accommodate your requirements and fulfill your needs. 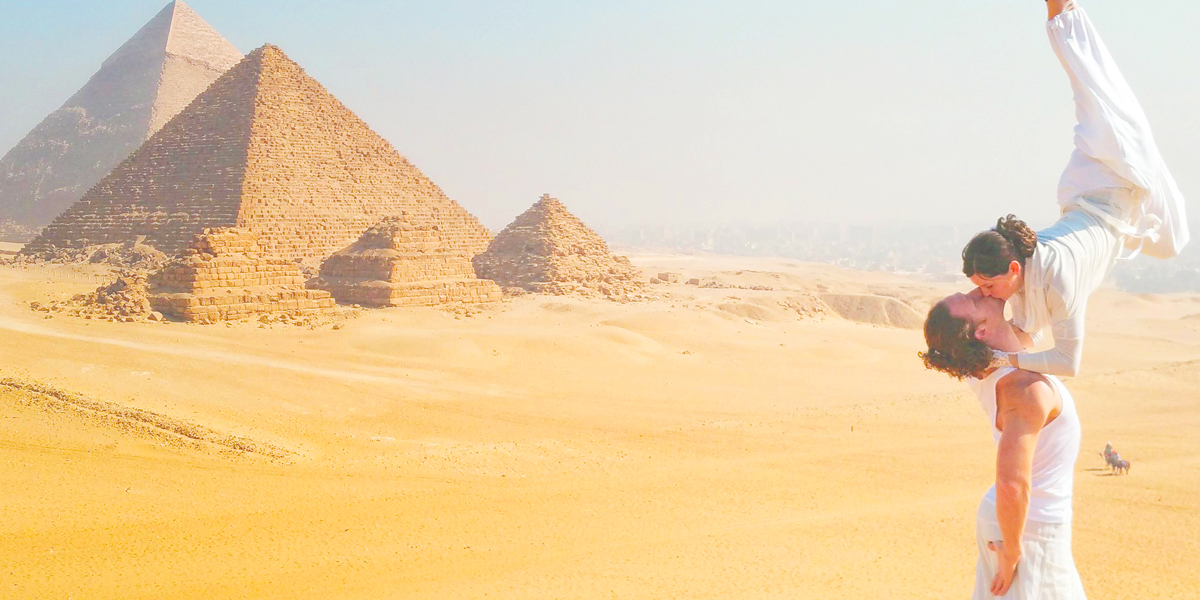 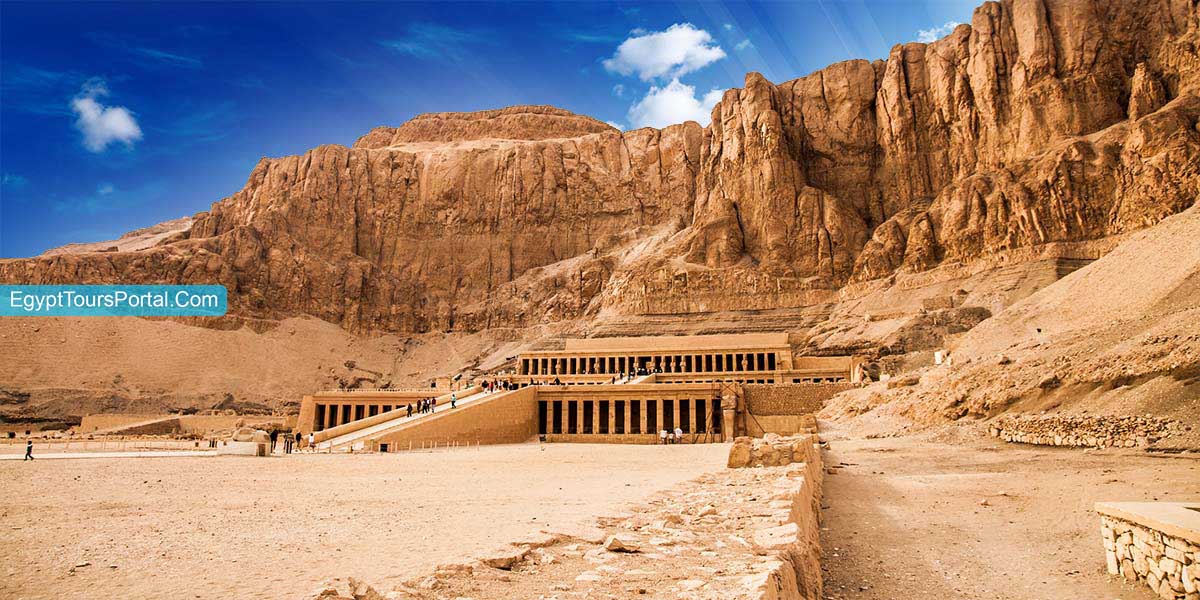 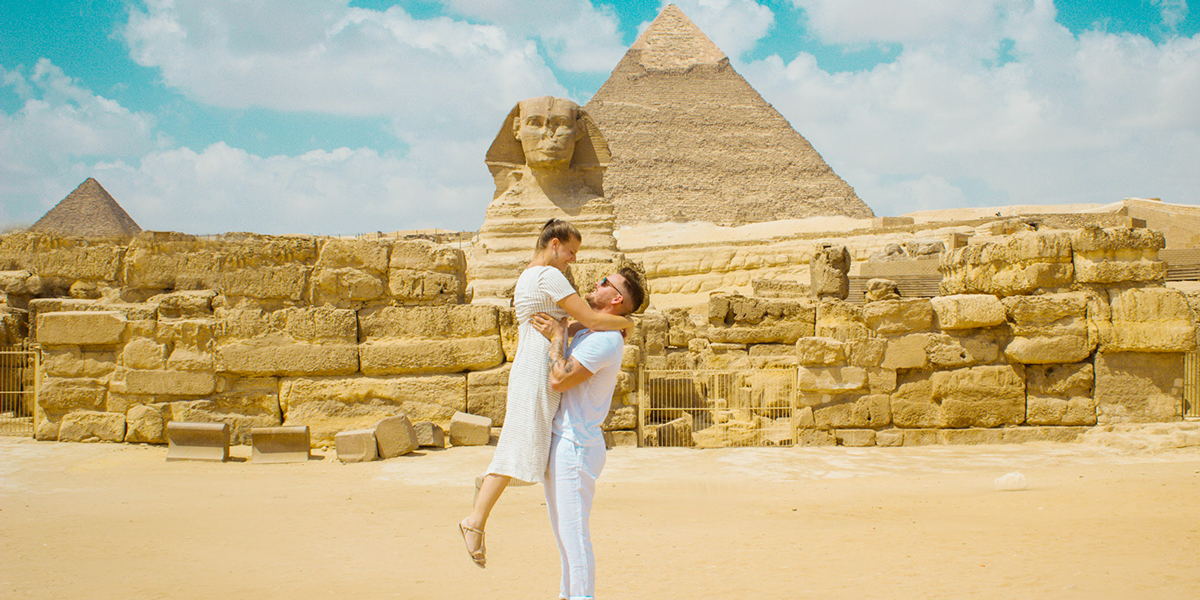 Egypt Honeymoon 6 Days Historical Vacation If you want to make your honeymoon more magical then our Egyp... 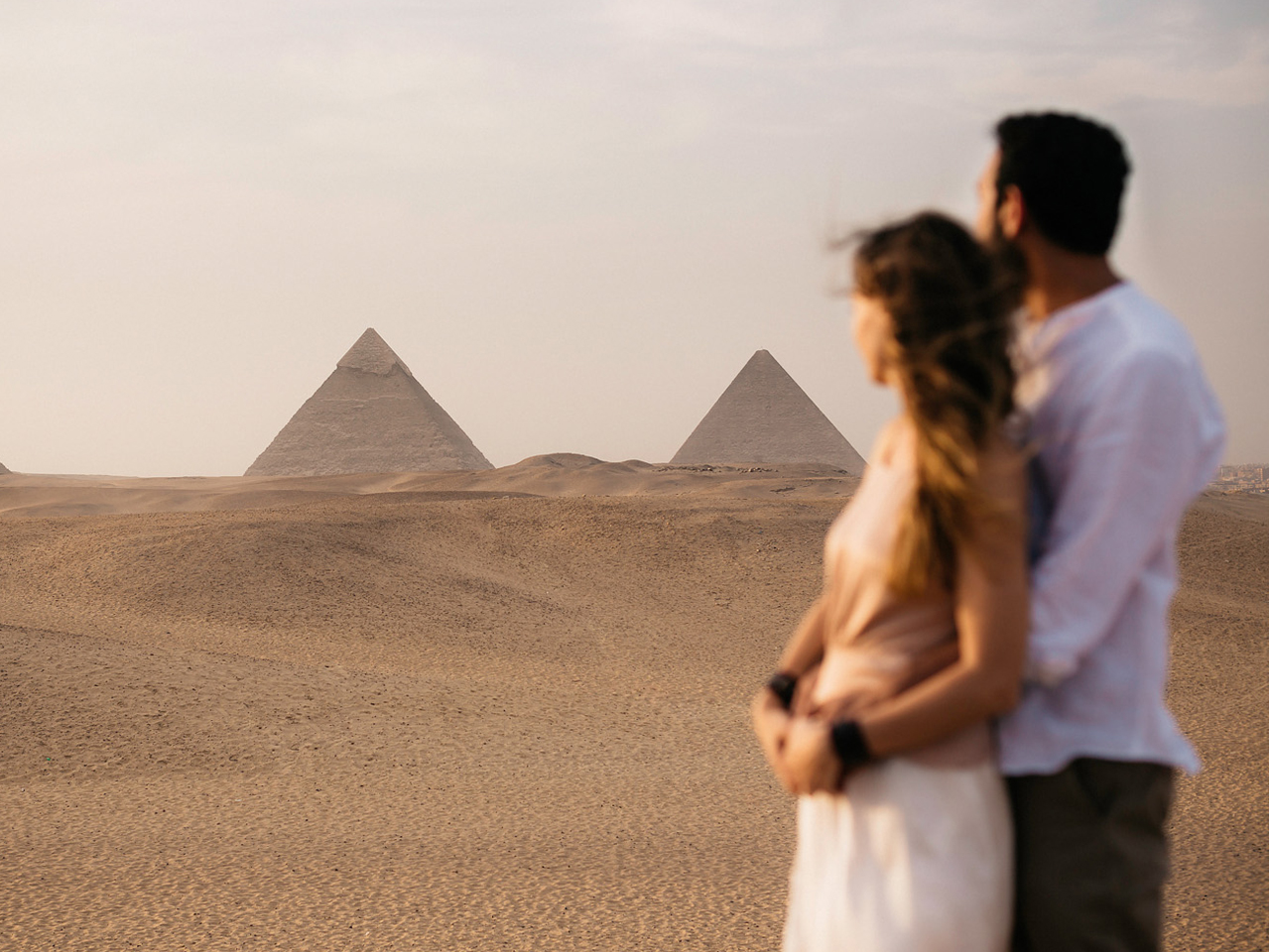 7 Days Egypt Romantic Honeymoon Vacation A week filled with beauty and excitement waiting for you and yo...

View Tour
From From: $800
Send an Enquiry