2 Days Trip to Cairo and Luxor From Marsa Alam will uncover the golden heritage of the ancient Egyptian Civilization that dates back more than 5000 years. Egypt Tours Portal will provide all our clients with the most ideal services through our amazing private A/C Vehicle and a professional Egyptologist tour guide which is expected from the best travel agency in Egypt. All our guests will leave their hotel for overnight trips to Cairo & Luxor from Marsa Alam to begin their adventure across the treasures of ancient Egypt. On day one, everyone will enjoy visiting Luxor tourist attractions, where you will visit Karnak temple, Hatshepsut temple, and Valley of the Kings. The next day, everyone will fly to Cairo to explore the history of Ancient Egyptian Pharaohs in one of the seven wonders of the world "Giza Pyramids" then move to discover ancient Egyptian monuments in the Egyptian Museum, then fly back to Hurghada and transfer to your hotel in Marsa Alam. Book this marvelous day trip and make some memories filled with wonder and bliss.

We will pick you up from your hotel in Marsa Alam by a private air-conditioned modern vehicle to enjoy Cairo & Luxor trips from Marsa Alam. Upon arrival in Luxor, you will be met by your private tour guide, who will join you to visit the famous historical sites including:

The blessed Valley of the Kings is a renowned mythical golden gate found in the underground belly of a divine hill filled with 63 royal tombs filled with precious decorations and countless golden treasures. The valley is in the core of the Theban Necropolis which was the main burial ground from the 16th to the 11th century BC in the new kingdom (1570 – 1050 BC). All Egyptian mythology of ancient Egyptians and funerary practices of the tombs of Ramses the Great, Hatshepsut, Seti I, Tutankhamen, and many more were exhibited.

The eternal mortuary temple of Queen Hatshepsut (1507–1458 BC) became a symbol of class, beauty, and art as it was dubbed as holy of the holies that were constructed on the grand mountain hills Deir El Bahari in 1479 BC to honor her golden legacy of immortal success and the creator sun god Amun which is able to showcase the classical ancient Egyptian architecture of the New kingdom.

The golden Colossi of Memnon of Pharaoh Amenhotep III (1386 - 1349 BC) is an enduring piece of art and greatness that stood the test of time. These colossal two statues were renovated many times and had a number of enchanting decorations on both sides offering great facts about the god of the Nile Hapi and his family.

The most selected of places Karnak temples Complex is by far the biggest religious capital on earth for more than 1500 years. It was constructed from 2000 BC to 30 BC from the Middle Kingdom (2000–1700 BCE) to the Ptolemaic Kingdom (305–30 BCE) on 247 acres to totally honor the Theban triad of Amun, Mut, and Khonsu plus a number of other gods. The great complex is able to showcase the greatest examples of ancient art and architecture which include the marvelous Avenue of Sphinxes, the epic hypostyle hall, the Precinct of Amun-Re, and many more.

In the evening you will check in 5* hotel at Luxor for overnight.

Check out from your hotel after enjoying your breakfast, then catch your flight to Cairo. Upon arrival, you will meet your Egyptologist tour guide who will accompany you to discover Cairo tourist attractions:

The illuminating Giza Pyramids complex was created in 2700 years B.C to offer a magical entrance into the heart of the ancient Egyptian Civilization:

One of the wonders of the ancient seven worlds the eternal Great Pyramid of Pharaoh Khufu (2609 BC - 2584 BC) is by far the greatest masterpiece of art and architecture ever created in history in 2570 BC. It is one of the tallest buildings at a height of 147 m tall using 2.3 million blocks of limestone which was designed by Khufu's vizier, Hemiunu. The interior of the great pyramid of Giza is made up of the Queen’s chamber, the grand hall, the king’s chamber, and more.

The golden Great Sphinx is an immortal spiritual guard that became known as Horus the horizon that was carved from a colossal single rock of limestone in the face and head shape of Pharaoh Khafre (2558 BC – 2532 BC) and the to shed light on his everlasting wisdom and strength. The magnificent dream Steele of Thutmose IV was placed in 1407 BC between its paws to narrate and preserve a very unique tale.

The mythical center of purification Valley Temple is a colossal granite mortuary temple that came to be in 2700 BC to perform the mummification process and the burial rituals on the royal mummies of the 4th dynasty.

Lunch will be served at the Pyramids/ Nile view restaurant. Then move to visit the:

The beautiful Egyptian Museum is a blessed construction that was built in 1901 AD to showcase some of the greatest artifacts and monuments ever made in the history of mankind.

Finally, you will catch the flight to Hurghada and then transfer by a private air-conditioned vehicle to your hotel in Marsa Alam to end your 2 days trip to Cairo & Luxor from Marsa Alam.

Flight: From Luxor to Cairo & From Cairo to Hurghada 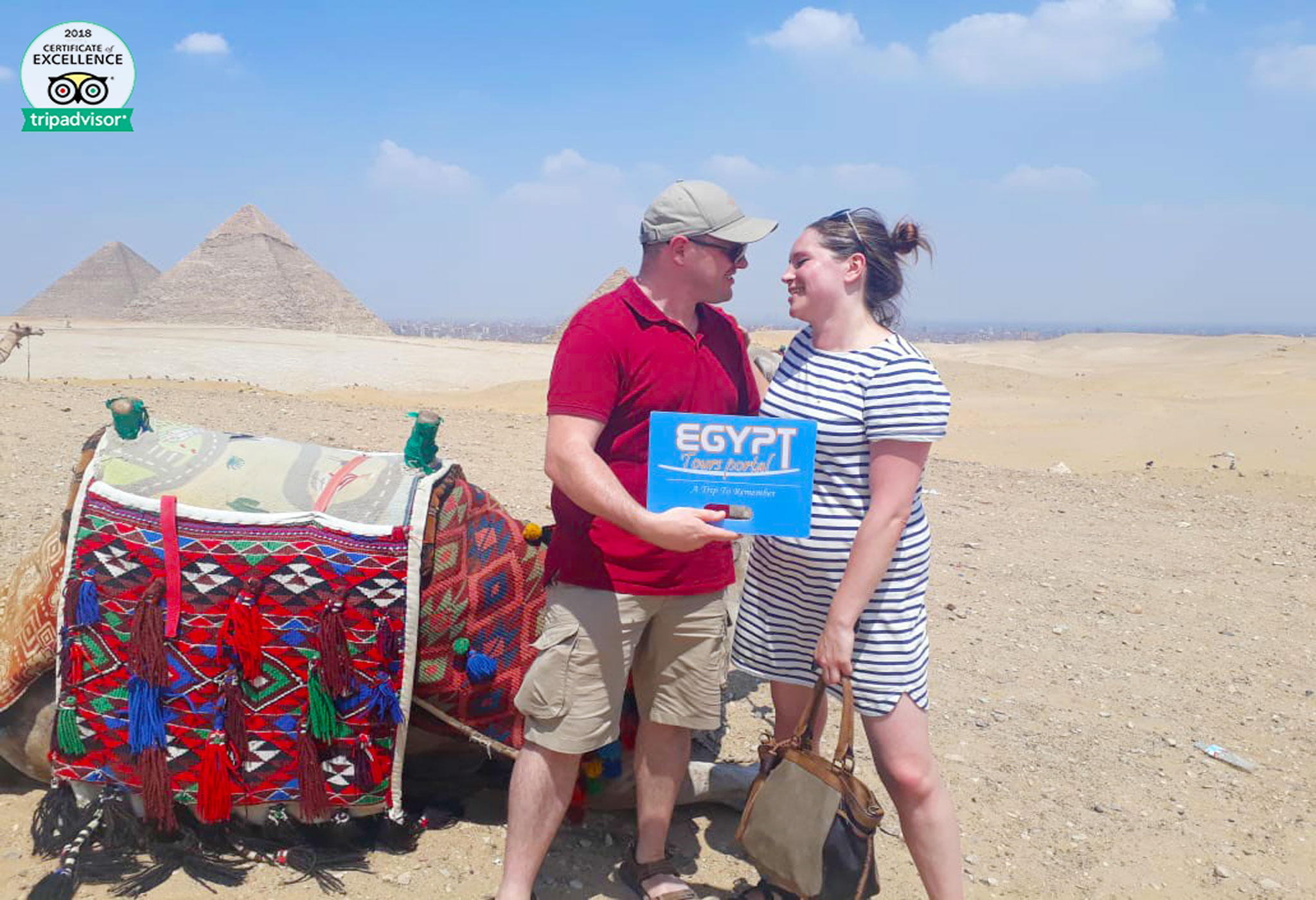 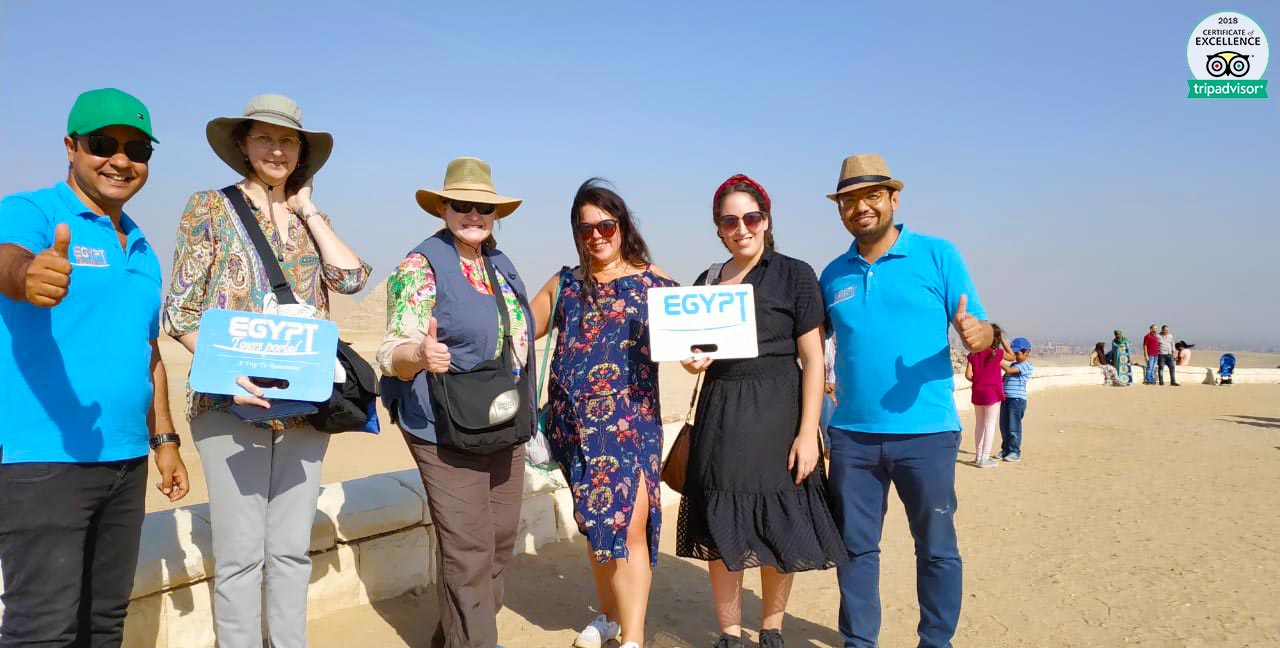 View Tour
From From: $460
Send an Enquiry