4 days Nile River Cruise from Cairo will showcase the miraculous splendors of the ancient Egyptian civilization that dated back to more than 4500. Egypt Tours Portal is the best travel agency in Egypt which will offer all our clients the best services which include the best Egyptologist tour guide, the most magical Nile Cruise, and a private A/C Vehicle. All our guests will relish the true meaning of cruising the Nile Valley for 4 days / 3 nights Luxor & Aswan Nile Cruise from Cairo to enjoy a marvelous journey in Upper Egypt by discovering the most famous Egypt tourist attractions in Luxor and Aswan along the Nile River such as Karnak temple, Valley of the Kings, Hatshepsut temple, Philae temple, the High Dam, the Unfinished Obelisk, and more, after finishing your Nile Cruise trip, catch your flight back to Cairo and transfer to your hotel. Book this majestic Nile Cruise tour and discover the golden wonders of Upper Egypt.

Morning time, we will transfer you from your hotel in Cairo to Cairo Airport to catch your flight to Aswan where you will meet your tour guide to start your Luxor & Aswan Nile cruise from Cairo by visiting Aswan tourist attractions such as:

One of the biggest construction projects to take place by the Egyptians in the modern era was the Aswan High Dam in 1960 and completed in 1971 plus a massive artificial lake was built in 1979 to save water after producing electricity.

One of the largest monuments to ever be built in the history of Egypt was the Obelisk of Queen Hatshepsut which was built in her reign 1508–1458 BC to be 41.75 meters (137.0 ft) tall and weigh 1,090 tonnes of red granite but this giant monolith was broken during construction.

Move to check in your Nile cruise and have your lunch and head to visit:

Located on the magical Aglika island found on the south old Aswan high dam is the Philae Temple that was founded in the 6th century BC put the epic temple of Isis goddess of motherhood was created in 380-362 BC to showcase the greatest tale ever told in the history of mankind "The Myth of Osiris".

After that return to your Nile Cruise to have dinner and spend the overnight.

On the second day of your 3 nights Nile Cruise from Cairo, you will enjoy your breakfast onboard your Nile Cruise and stay relaxed until the afternoon as your cruise will start sailing towards Kom Ombo and upon your arrival, you will join your tour guide to visit:

The extraordinary Kom Ombo temple is a unique construction project that stands out as a golden architectural project made during the Ptolemaic dynasty between 180 BC and 47 BC to possess two dual religious centers for both the crocodile god Sobek, god of fertility on the southern half and on the northern half the falcon god Haroeris ("Horus the Elder"). The two half are identical and completely symmetrical with the main axis.

Return back to continue your Nile cruise from Cairo sailing to Edfu, have your lunch & dinner, and spend the overnight onboard the cruise.

After enjoying your breakfast meal, you will join your exceptional Egyptologist tour guide to visit:

The miraculous Edfu Temple is a golden complete work of art dedicated entirely to Horus the falcon sky god that was built in Ptolemy III in 237 BC and completed in the reign of Ptolemy XII in 57 BC. The temple is extremely preserved showcasing the most magical elements of decoration and architecture as it was buried in sand until being discovered in 1860 by the French archaeologist Auguste Mariette.

Continue sailing to Luxor, the lunch, dinner & overnight will be onboard the cruise.

Check-out from the Cruise after breakfast and head with your tour guide to enjoy a tour of Luxor tourist attractions:

The fortified village of kingship and the royal gate to the heavens "Valley of the Kings" was built over the course of 500 years during the New Kindom from the Eighteenth to the Twentieth Dynasties. It is located in the central core of the Theban Necropolis across Thebes on the Nile River's west bank filled with 63 tombs that shed light on the funerary rituals and life of great rulers like Hatshepsut, Seti I, Ramses II, Tutankhamun, and more.

The house of divinity and beauty the mortuary Temple of Hatshepsut is found hovering in the Stoney cliffs of Deir el Bahari since the 15 century BC where it honored all the blessings of Amun-Re and eternalized the heritage queen Hatshepsut who became one of the most successful ancient Egyptian pharaohs during the existence of this blessed civilization.

The golden Colossi of Memnon have endured a lot and were able to stand their ground against all odds since its construction in 1350 BC. The two colossal constructions are highly important as they showcase a lot of facts and details from the New Kingdom and the Greco-Roman period.

You will enjoy your lunch meal at an oriental restaurant and after finishing, you will continue the rest of your tour towards:

The enlightening Karnak Temples Complex is the second most visited attraction in all of Egypt, famous for being the oldest and largest open-air museum on the face of the earth which honors the legendary Theban triad which consists of Mut, Amun-Re, and Montu. It is the heart and soul of Thebes which was built from 2055 BC to 100 AD  from the Middle Kingdom to the Ptolemaic Kingdom. It is considered an architectural masterpiece known for displaying the great Hypostyle Hall plus a number of pylons, massive temples, chapels, and many more.

Finally, we will transfer you directly to Luxor Airport to catch your direct flight towards Cairo, then transfer to your hotel to end your Luxor & Aswan Nile cruise from Cairo. 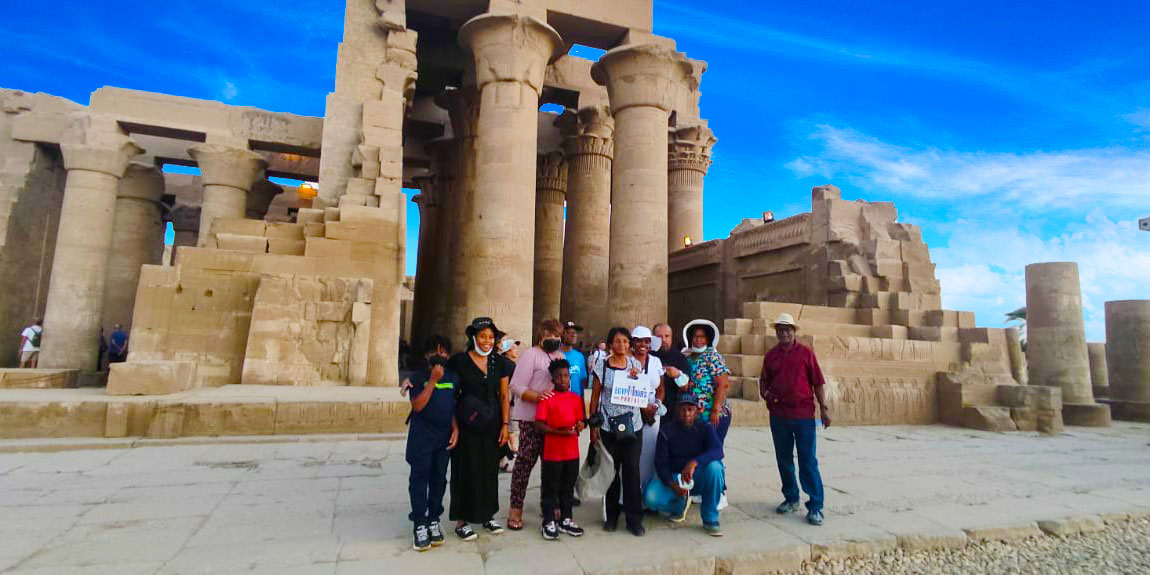 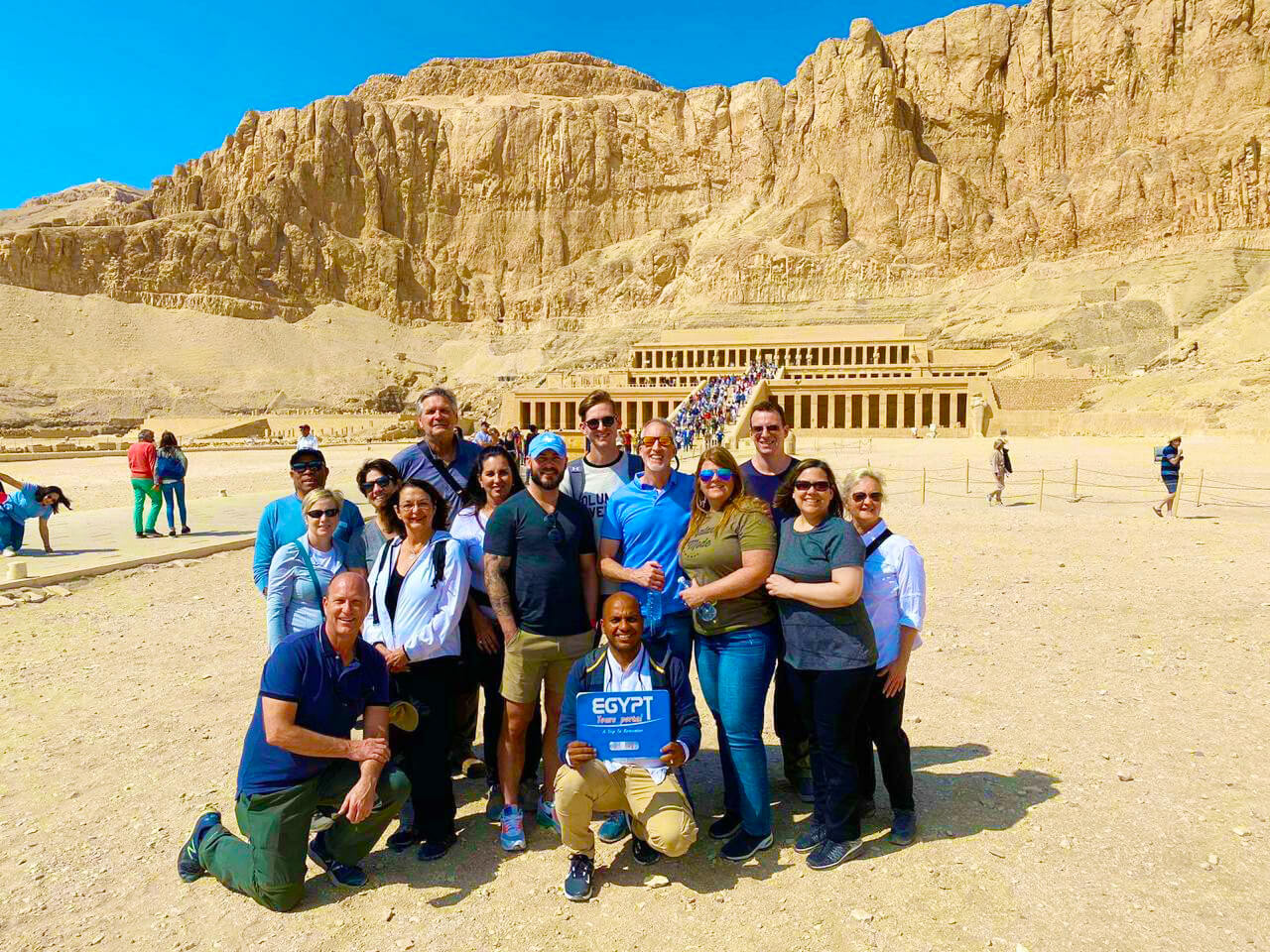 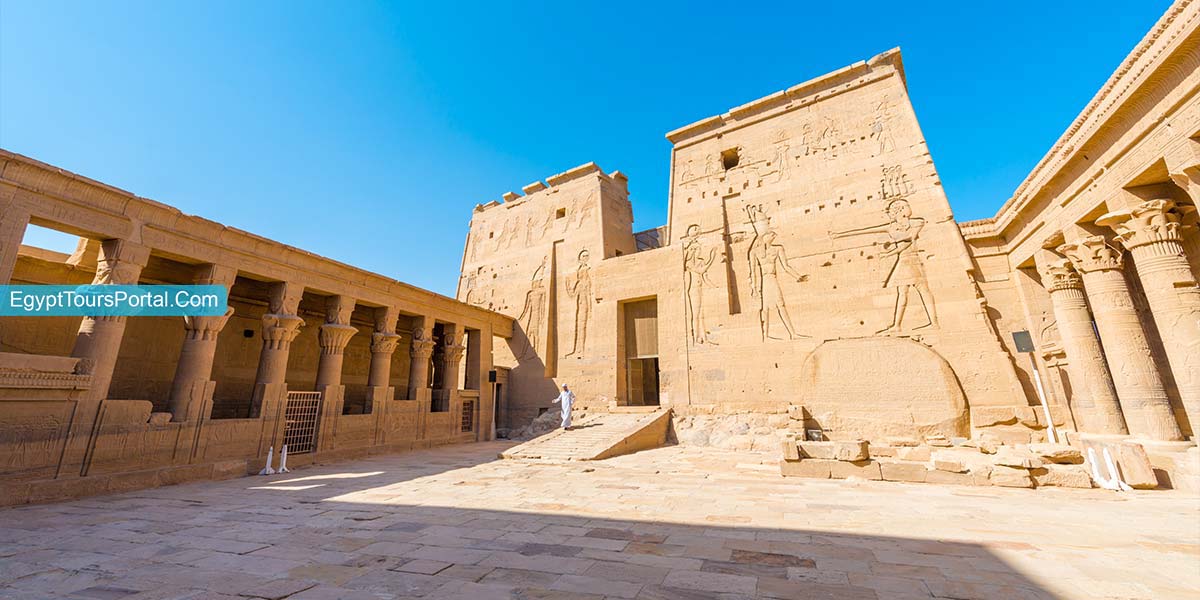 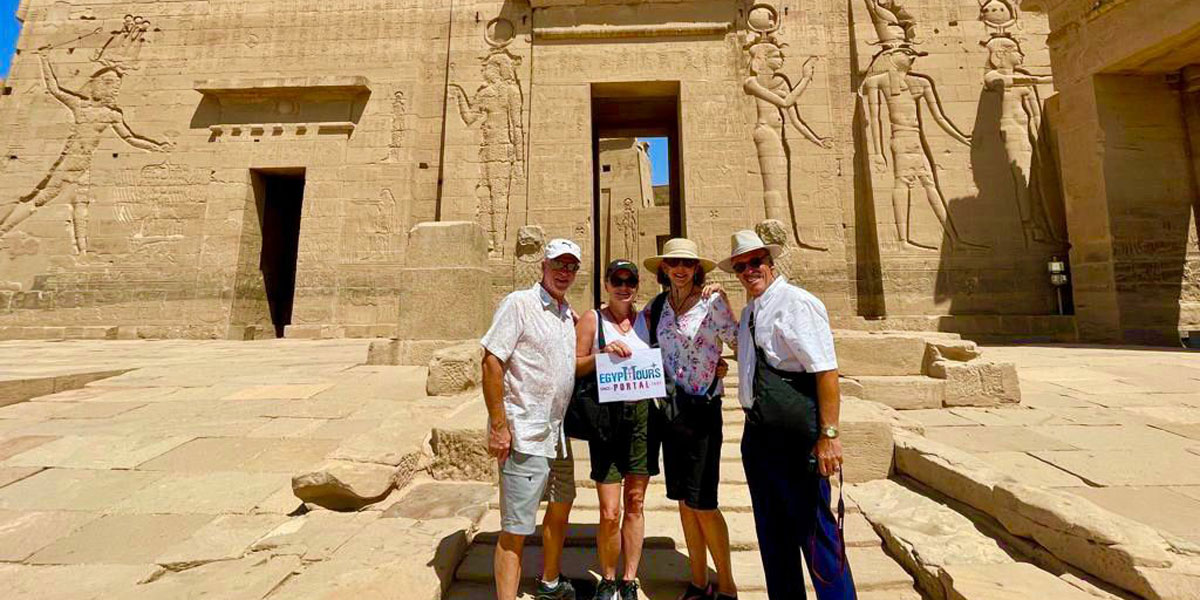 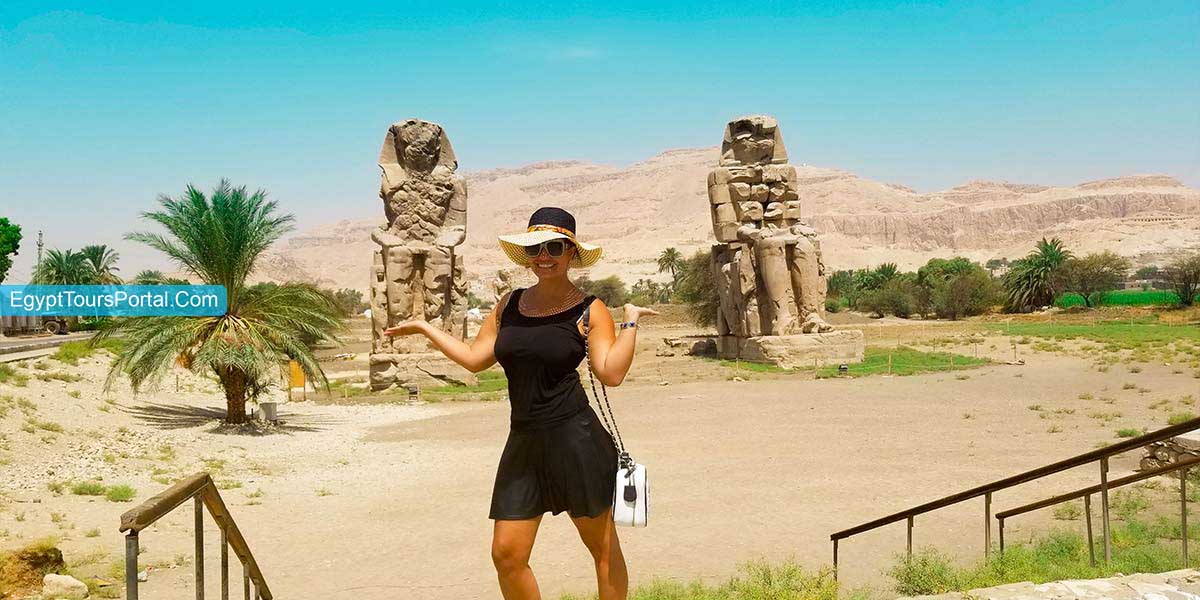