Luxury MS Esplanade Nile Cruise will offer the magical journey of a lifetime. The fabulous Egypt Tours Portal is the best travel agency in Egypt which will offer all our clients the best luxury services which include a professional Egyptologist tour guide, an exquisite Nile Cruise, and a private A/C Vehicle during this pleasant Nile Cruise tour. All our guests will make their dreams come true with a tour like no other and enjoy the best masterpieces of Luxor and Aswan over the deck of a 5* high luxury MS Esplanade Nile cruise. Ascend into the steps of glory at Hatshepsut temple, The Temple of Luxor, Karnak temple, Valley of the Kings as well as Edfu temple, Philae temple, Abu Simbel Temples, and more including all the most luxurious world-class amenities and cabins onboard the cruise ship. Book this heavenly Nile Cruise tour and discover the incredible blessings of Upper Egypt.

Our company representative will take you from your location in Luxor to start luxurious 4 nights Nile cruise onboard MS Esplanade. Start by joining your personal tour guide to visit Karnak Temple which is regarded as the most famous pilgrimage center for 2000 years and it's the largest religious construction ever built in ancient times. Then, you will be driven to MS Esplanade to check-in and have an open buffet lunch, and relax onboard till you will be taken by a private A/C vehicle to visit Luxor Temple at night which is served as the world's largest outdoor museum and it was mainly established to celebrate the Opet festival and also as burial tombs for the royal families. Finally, you'll have dinner and spend the night onboard.

Your private Egyptologist will take you after having breakfast to continue your trip in Luxor by visiting Queen Hatshepsut Temple which is located on the west bank of the Nile River under the cliffs of Deir El Bahari and it had been founded during the reign of the 18th dynasty by the hands of Queen Hatshepsut. After that, you will head to Valley of the Kings that is regarded as the most important royal burial complex in history and the valley covers about 1000 feet of tombs and mummies for around 500 years including the tombs of the great pharaohs Ramses II and Tutankhamun. Then, you'll go to Colossi of Memnon which represents to the great seated guardians of Pharaoh Amenhotep III. Let's enjoy an Egyptian lunch on MS Esplanade before you will start sailing to Edfu and finally, you spend the rest of the board for relaxation, delicious dinner, and an overnight stay.

Prepare yourself for another guided when you will be taken by a horse carriage to visit Edfu Temple; it's the main worship center for the god Horus which dates back to the Ptolemaic time and it had been constructed between 237 BC to 57 BC. After that, you will be transferred to your Nile cruise to serve lunch and set sailing to Kom Ombo for a mesmerizing trip to Kom Ombo Temple; it's a Greco-Roman site with a dual construction which is dedicated to Horus and the protective god Sobek represents to power and fertility. Let's continue sailing to Aswan, have dinner, and spend the rest of the board for relaxation.

Breakfast in Aswan then you'll join your personal tour guide to witness Aswan High Dam which was created within 10 years between 1960 and 1970 and it's one of the most essential projects ever erected in Egypt in the last 100 years. The dam was the first fortification of the country against the Nile floods and the largest supplier of electricity. Then, you will proceed to the Unfinished Obelisk which was a very ancient monument that dates back to the reign of the 18th dynasty, and if it was completed; it would have towered around 42 meters and weighed 1200 tons. After that, your guide will take you to Philae Temple which listed as one of the most beautiful temples and it was erected by Ptolemy II and dedicated to Isis, Osiris, and Horus. Lunch and dinner will be served onboard and you'll spend the rest of the Aswan.

You'll receive your breakfast boxes then check out before your personal tour guide will drive you to witness Abu Simbel Temples. Constructed in 1244 BC, two giant temples were carved in the mountainside in the southern borders of Egypt. The Temples of Abu Simble are dedicated to Ramses the Great and his wife Nefertari to commemorate the works of his reign. You will impress the unique design of the site, its decorations and paintings as well as the exceptional treasures and monuments of more than 2000 years that's still kept inside Abu Simbel. Lunch will be proceeded at a good quality restaurant in Aswan then transfer to your drop off point in the city.

Another available option is to book 7 nights MS Esplanade Nile cruise from either Luxor or Aswan. For more details about the tour itinerary, please contact us.
Hint: You can share your thoughts about adding or removing any tours from your tour itinerary to be able to accommodate your requirements and fulfill your needs. 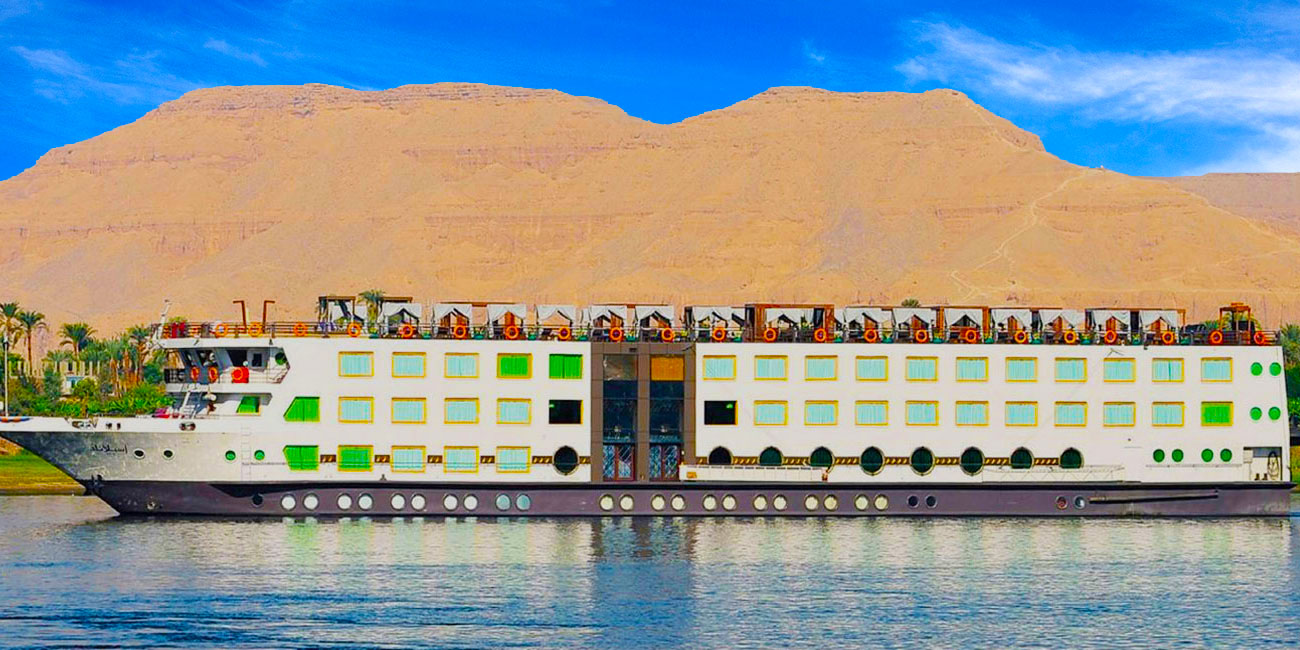 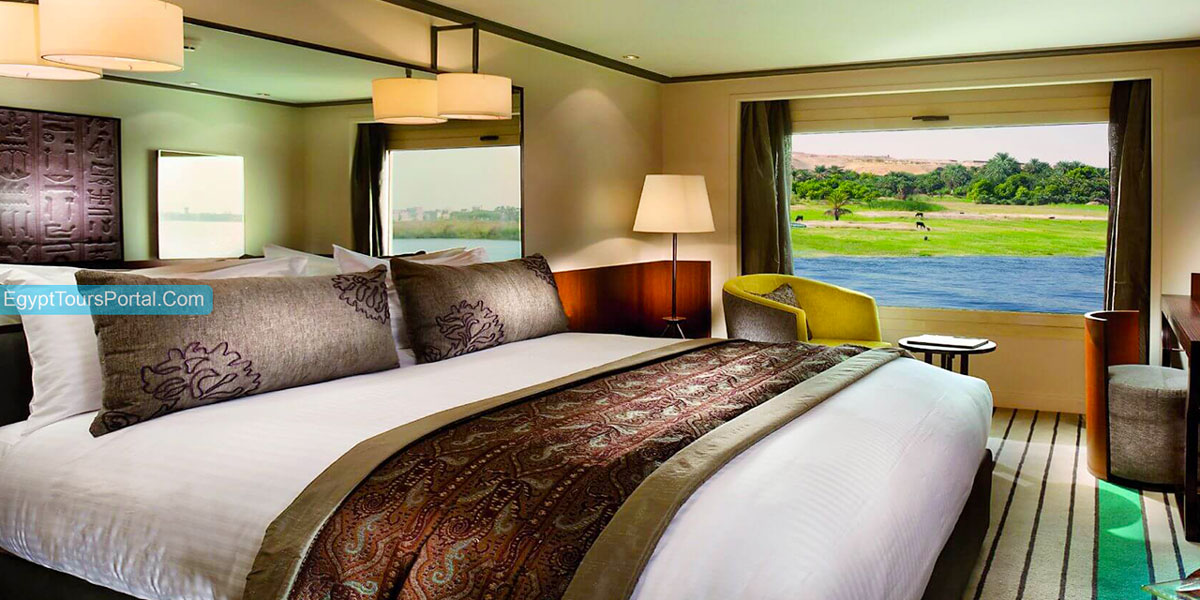 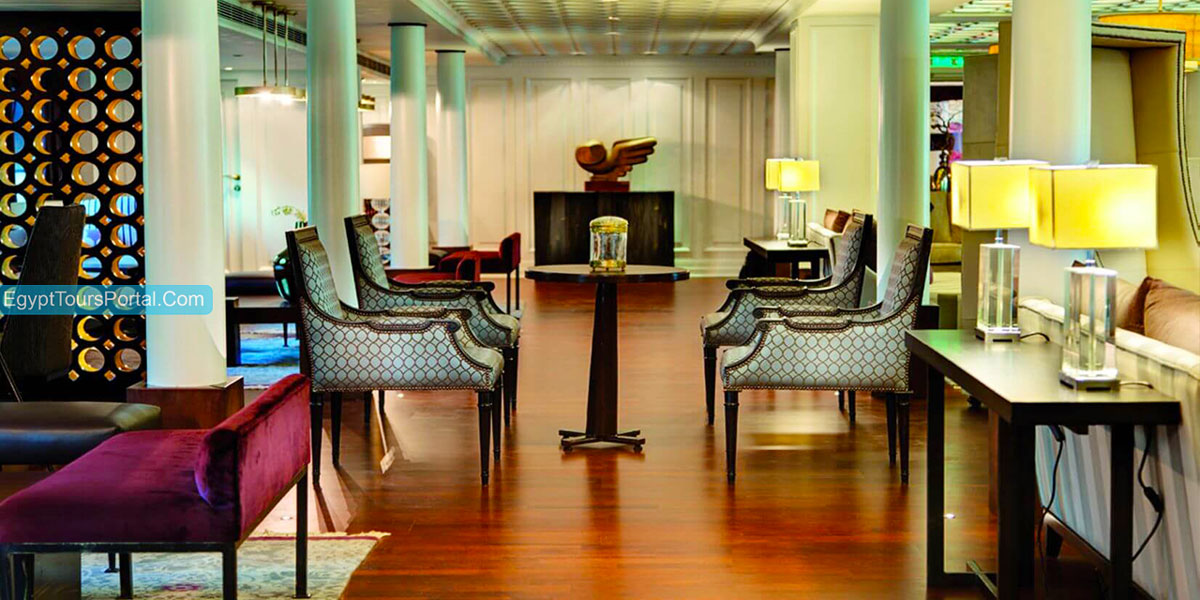 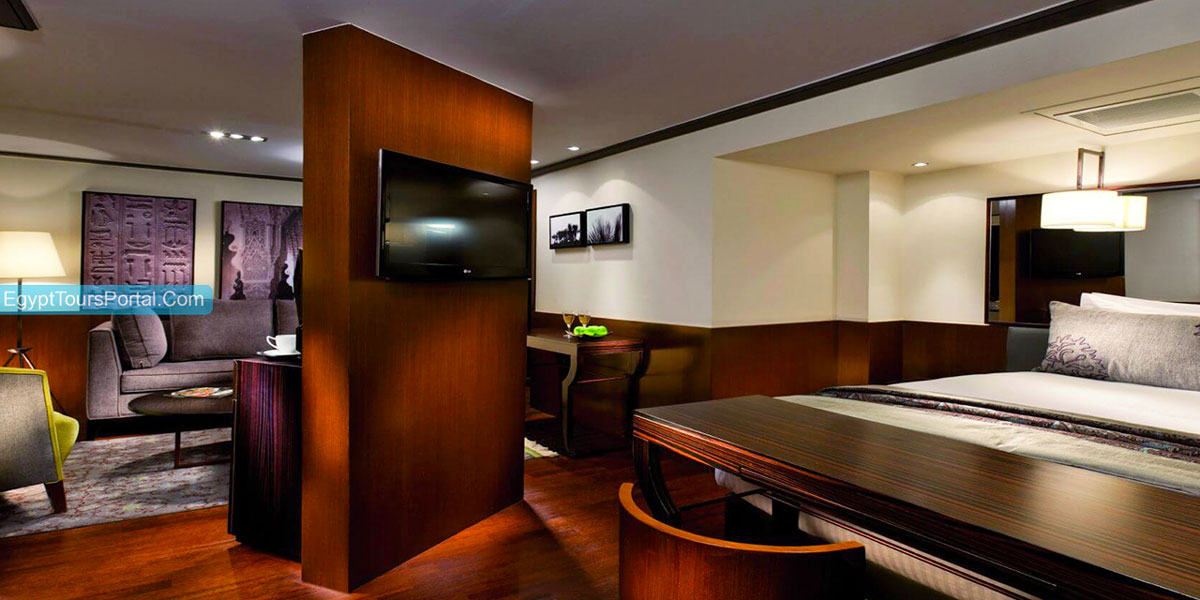 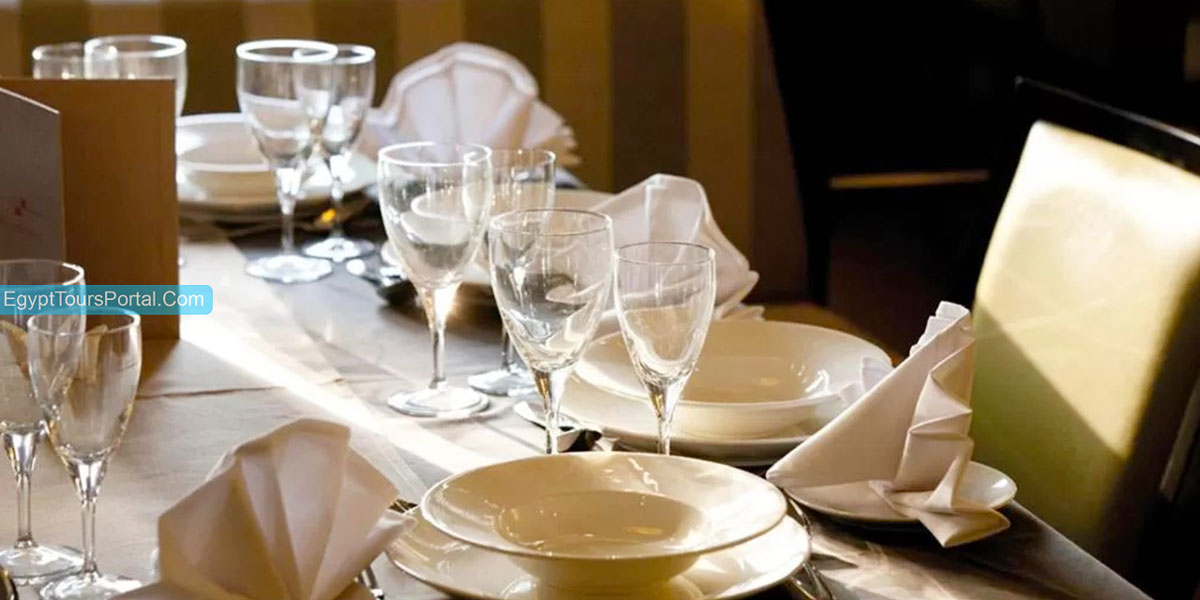 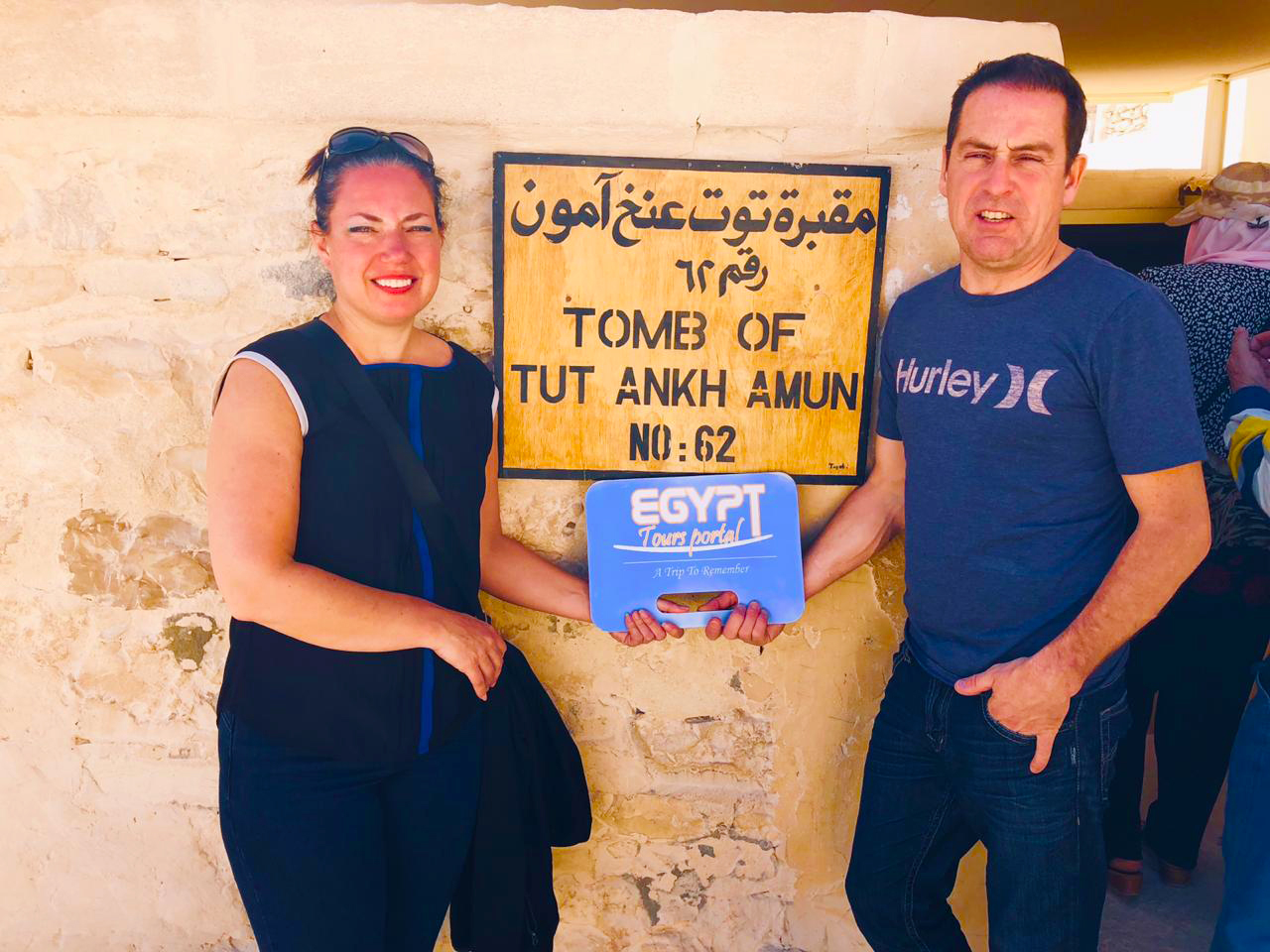 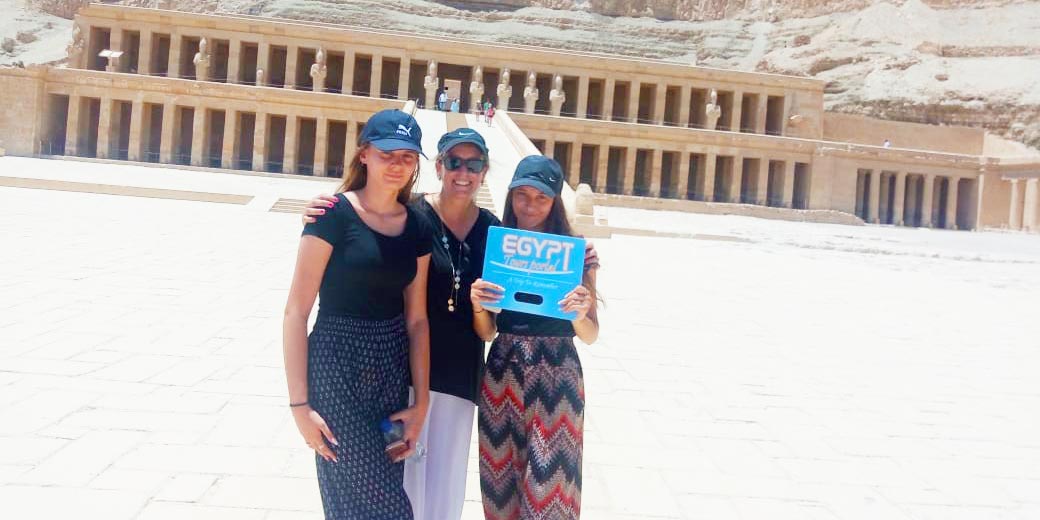 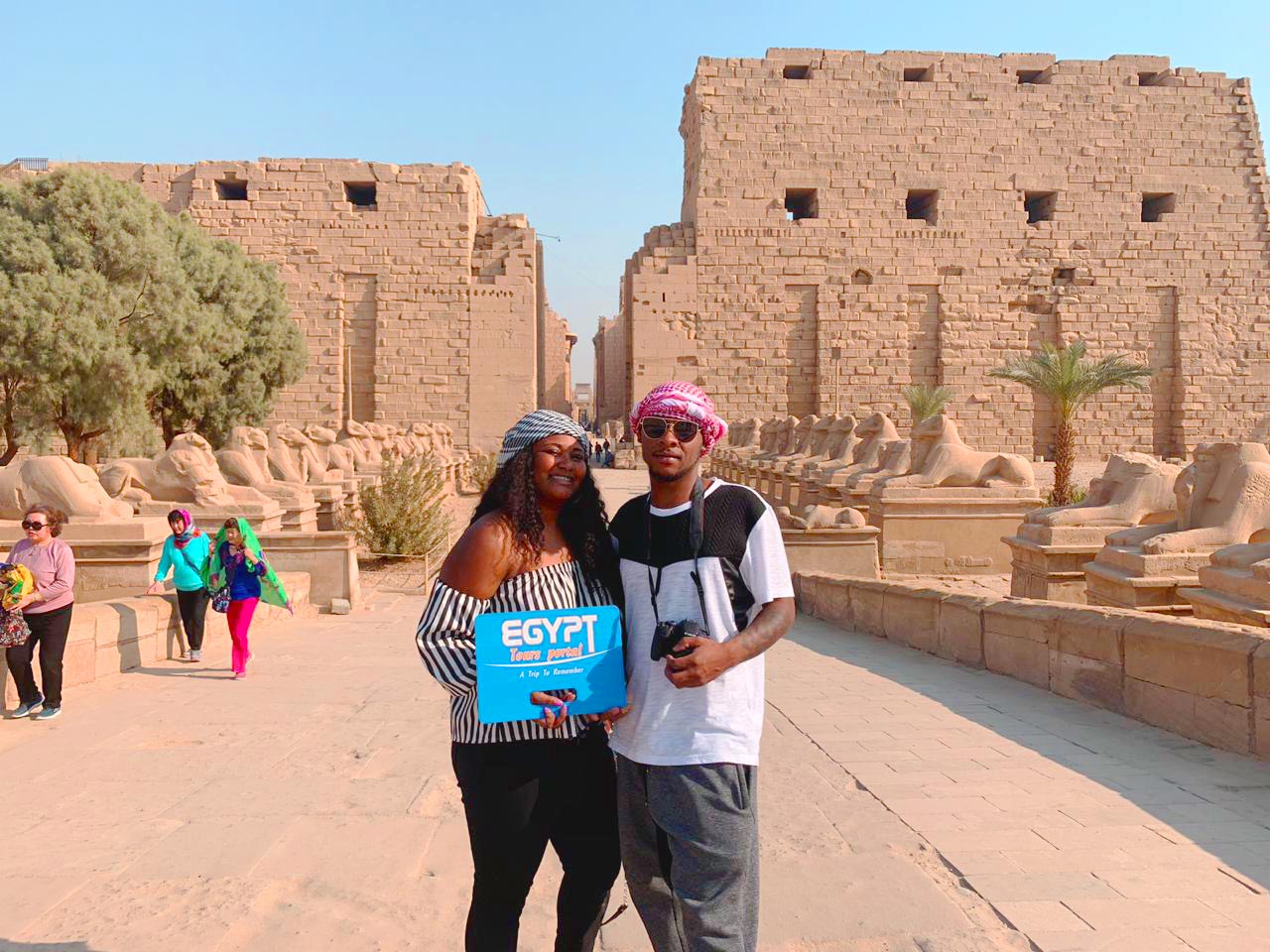 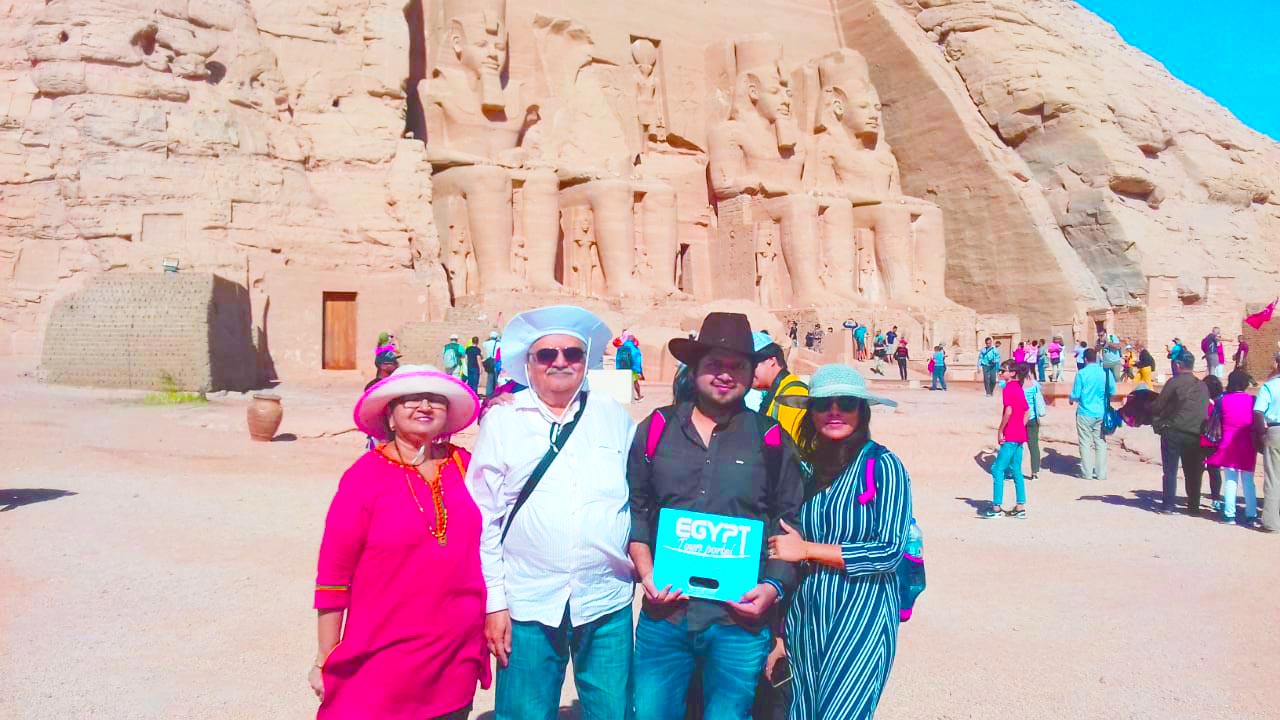 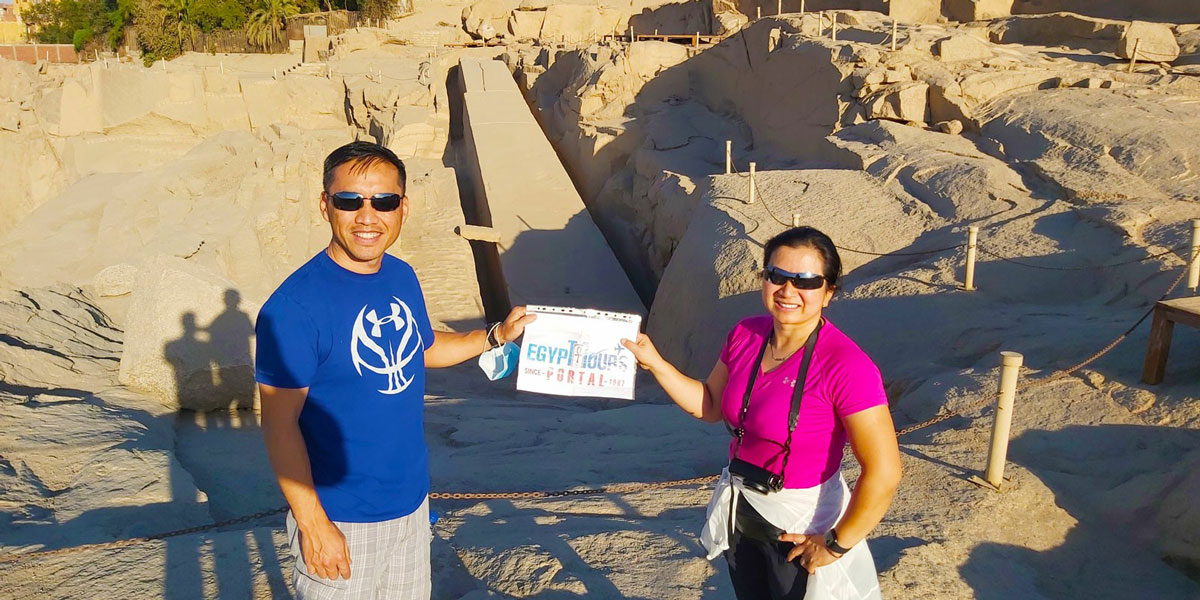 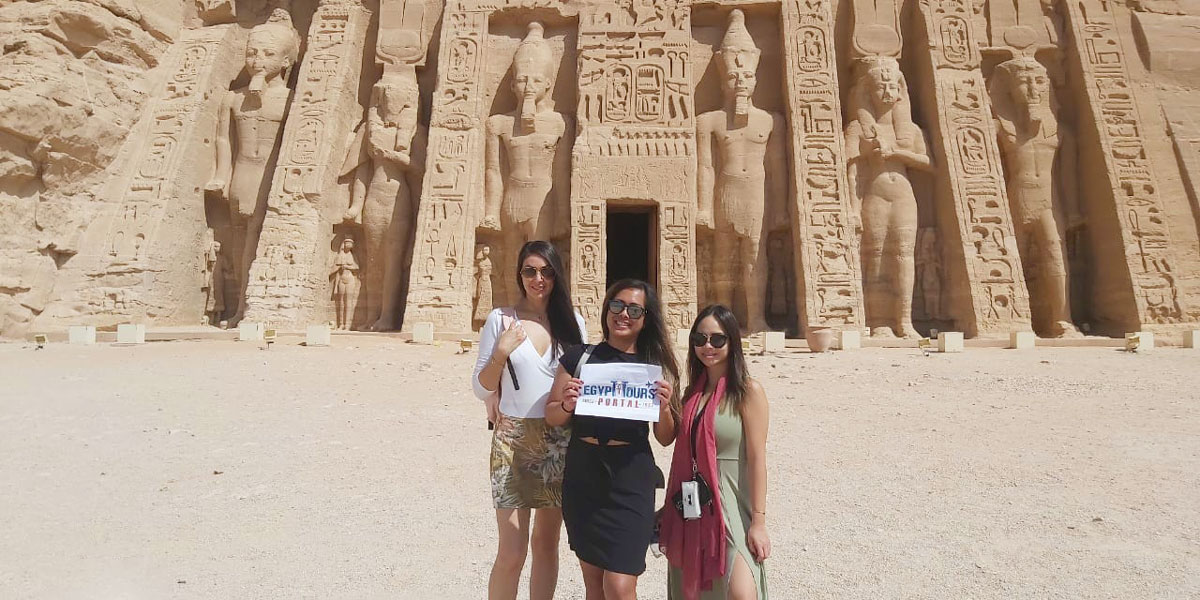 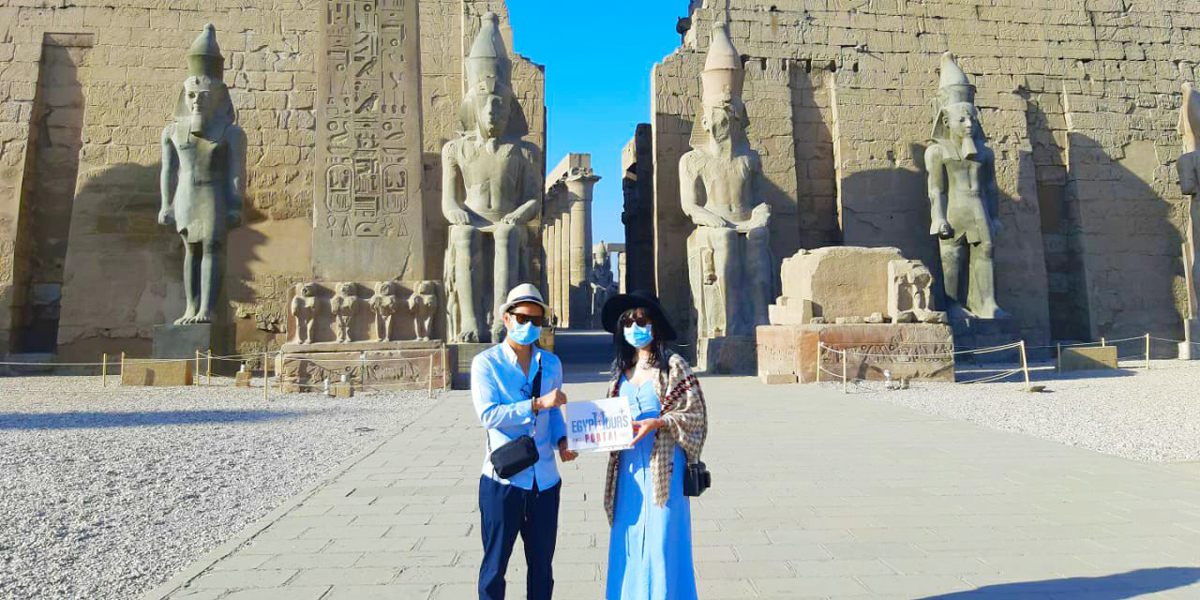 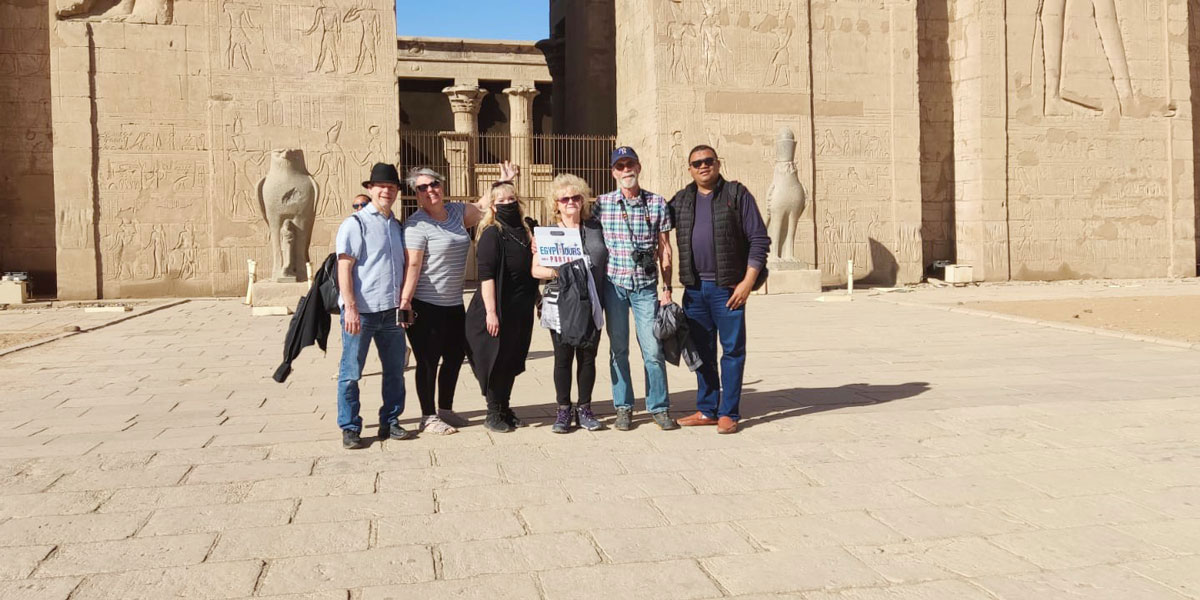 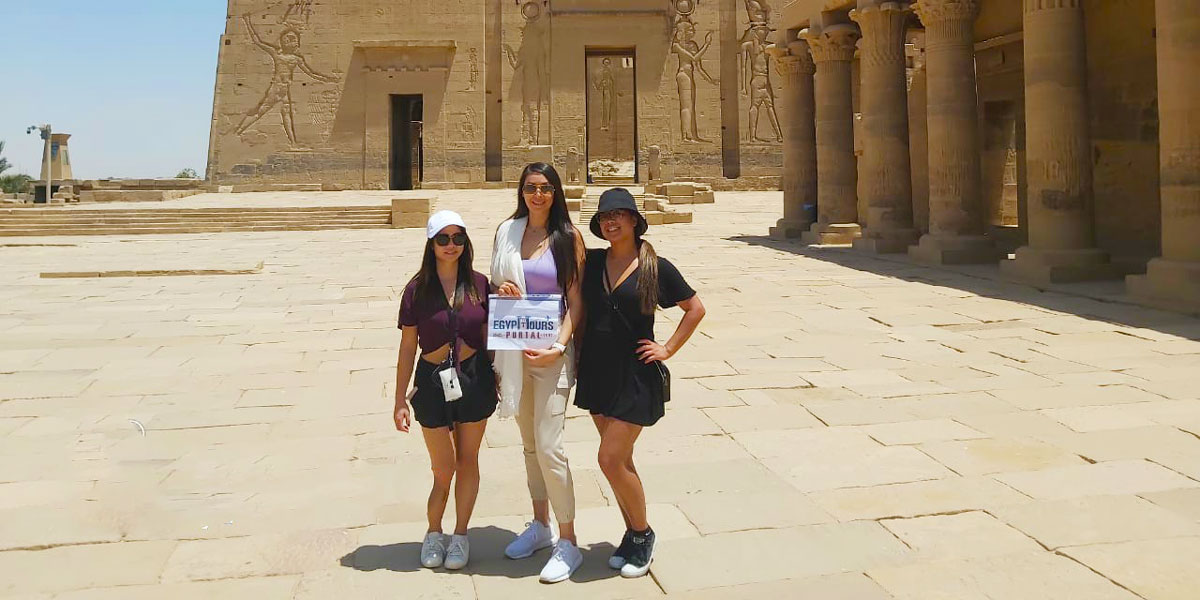 The fabulous MS Esplanade Nile cruise is a 5* super high standard cruise ship that offers upscale services and amenities for its guests such as open buffet meals, laundry service, massage center, and spa, and sauna. Regarding its accommodation, its suites and cabins were renovated to be more comfortable and luxurious.

What to Expect After Experience MS Esplanade?

Explore the best preserved treasures of Ancient Egypt onboard Ms Esplanade Nile cruise when you will be taken to visit the most outstanding historical sites between Luxor and Aswan where the ancient kings erected their precious glory as well as being relaxed in luxury over the deck of the luxurious MS Esplanade Nile cruise.