Abu Serga Church a.k.a St. Sergius, st.serigo, or Abu Serga is one of the oldest churches in the history of Egypt. It was built in the 5th or the 8th century as some historians disagreed about the exact time of the construction in the center of an ancient Roman fort of Babylon. The church was built to honor two saints; the first was an Egyptian by the name of “Sergius” who died of intense Christian persecution and the second was a servant to the Roman emperor “Maximilian” that martyred in Syria at the beginning of the 4th century whose name was also “Sergius“. It is also believed that the place was one of the places visited by the holy family during their escape from “King Herod“. The church was burned during the fire of Fustat in the reign of Marwan the second around 750 AD. Abu Serga Church was rebuilt and resorted many times through medieval times. The church has a shape of a basilica with a narthex and contains a nave and two aisles that are separated from the nave by 12 columns with the Corinthian capitals. It holds three sanctuaries in which each one holds an altar and Each altar has a dome that holds religious scenes of the Christ, Angels, and four evangelists. The central sanctuary has a wooden screen that dates back to the 13th century plus a number of majestic icons and frieze of Abu Serga dating to the 15th and 16th centuries. Abu Serga also contains a pulpit on the northeast side of the nave, made of marvelous marble, and encrusted with panels of enchanting ebony and ivory.

One of the most important attractions within the church is the cave where the holy family hid during their journey through Egypt. The cave contains a nave, two aisles, a domed ceiling, and a baptistery. On the first of June, each year, the Christian community celebrates the arrival of the holy family in the cave of the church of St. Sergio. Abu Serga church is one of the most famous tourist attractions in Cairo, so you can check our Cairo day tours and if you are already in Cairo then you can enjoy a tour to the church with an Egyptologist tour guide. You can also check our wide variety of Egypt private tours and Nile cruises to enjoy everything Egypt has to offer from the Pyramids, Churches, temples, and tombs to even the heavenly atmosphere of the red sea resorts like Hurghada. 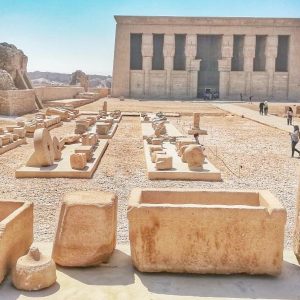 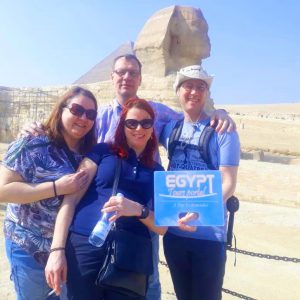 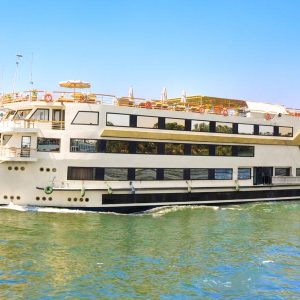