Makadi Bay excursion to Luxor & Abu Simbel in two days holiday will be the magical adventure of dreams. Egypt Tours Portal will provide all our guests with the most ideal services of a private A/C Vehicle, relaxing accommodations, and a skilled Egyptologist tour guide which is expected from the best travel agency in Egypt. All our clients will watch the golden history unveiled in front of your eyes in a Makadi bay excursion to Luxor & Abu Simbel in two days where the immortal structures of southern Egypt will be showcased in the most epic manner which makes Egypt the ideal destination for the vacation of a lifetime. The golden city of Luxor will offer a magical path leading to Queen Hatshepsut temple, Karnak temple, Valley of the Kings,  and the final frontier Abu Simbel Temple where everyone will lead to a haven made of allure and grandeur all from Makadi Bay. Book this magical excursion and witness all the marvelous wonders of Egypt.

On the first day, you will be picked up from your hotel in Makadi Bay by an A/C vehicle to begin your two days tour from Makadi Bay to Luxor and Abu Simbel. The moment you arrive, there will be a private tour guide who will show you:

The illuminating Valley of the Kings is a divine underground vault filled with 63 tombs belonging to great rulers from the New Kingdom (1570 – 1050 BC) Rameses II, Seti I, Amenhotep I, Thutmose I, Tutankhamun, Hatshepsut, and many more. It is found in the golden heart of the Theban necropolis which sheds light on all their grand legacies and achievements.

The magical Hatshepsut Temple is a heavenly piece of immortal artistic architecture created to eternalize the heritage of Queen Hatshepsut (1508-1458 BC). It was completed in 1479 BC be a magical masterpiece of royal power and excellence which was carved in the astral cliffs of Deir El Bahari under the supervision of the overseer of the works Senenmut.

The incredible Colossi of Memnon are two magical quartize seated statues of Amenhotep III (391–1353 BC) which were created in the new kingdom in 1350 BC and were renovated, rebuilt, and modified in the Hellenistic period. Through this enchanting piece of artistic architecture and the 107 Greco-Roman inscriptions retelling the mythical story of Memnon.

Lunch will be served on an island that includes a boat trip on the Nile then you head to:

The magical Karnak temples complex is a celestial piece of colossal artistic architecture that stood the test of time as it came into existence between 1971 BC and 20 BC in the central point of Thebes. It was the heart of Egypt for 2000 years in the middle and new Kingdoms where the Theban triad of the 18th dynasty of Khonsu, Mut, and Amun was worshipped with a number of ancient Egyptian deities. The hypostyle hall, the Avenue of Sphinxes, pylons, shrines, and more proves that the complex is a golden treasure.

You will then be transferred to the train station to catch your 1st class train to Aswan and upon your arrival, we will transfer you directly to your hotel in Aswan for the overnight.

Day Two: Tour to Abu Simbel - Back to Makadi Bay

In the early morning, you will have your breakfast boxes and check out from the hotel, then join your private tour guide on a tour of the legendary Abu Simbel.

One of the most complete and preserved archaeological blessings found in Egypt exhibits the miraculous heritage of Ozymandias Pharaoh Ramsess the great (1279-1213 BC) who finished the temple in 1264 BC to immortalize his identity, showcase his victory at the majestic battle of Kadesh in 1274 BC which ended in the signing of the first ever written peace treaty, all the first time while the second was able to display the love to his wife Queen Nefertari beloved by Hathor.

After finishing your tour, we will transfer you to Aswan to have your lunch at a local restaurant.

Catch your 1st class train to Luxor where you will be transferred back to your hotel in Makadi Bay. 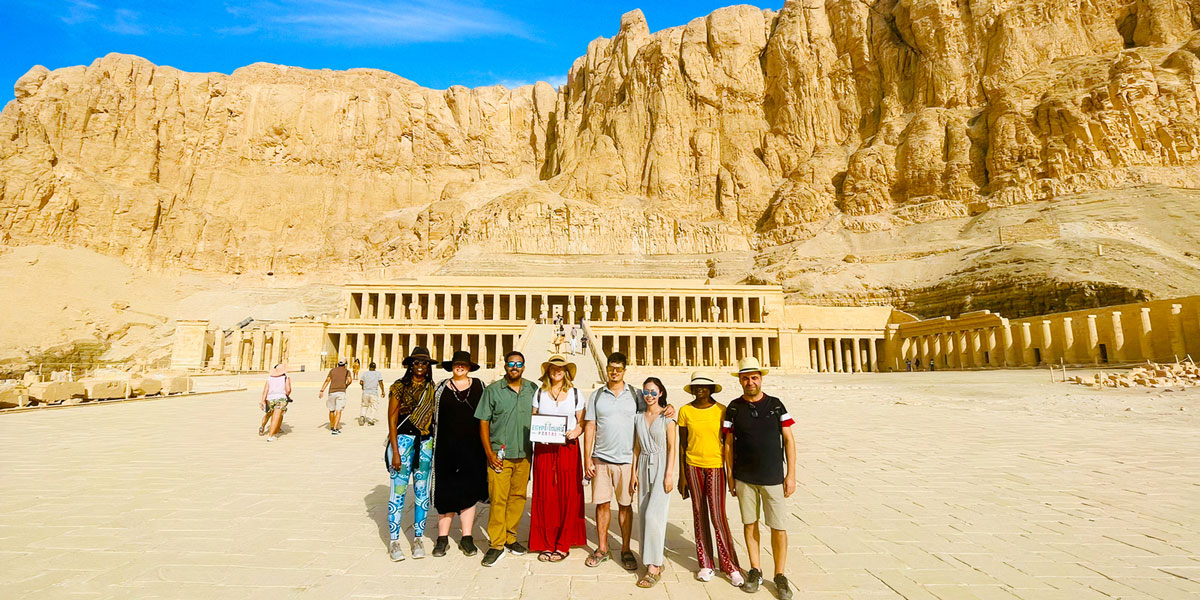 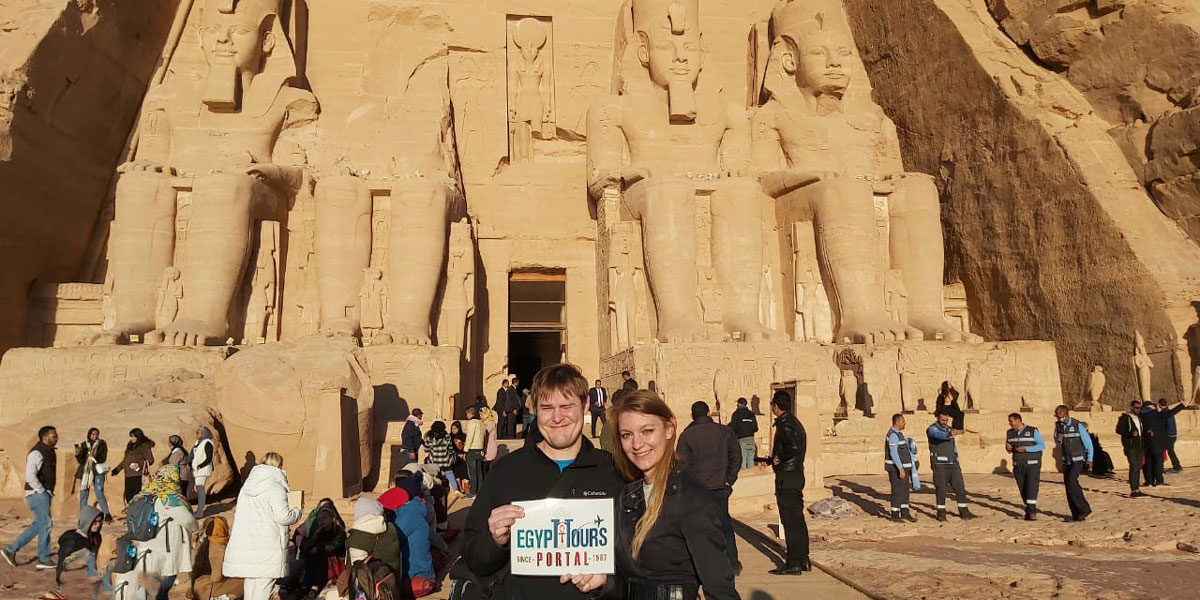 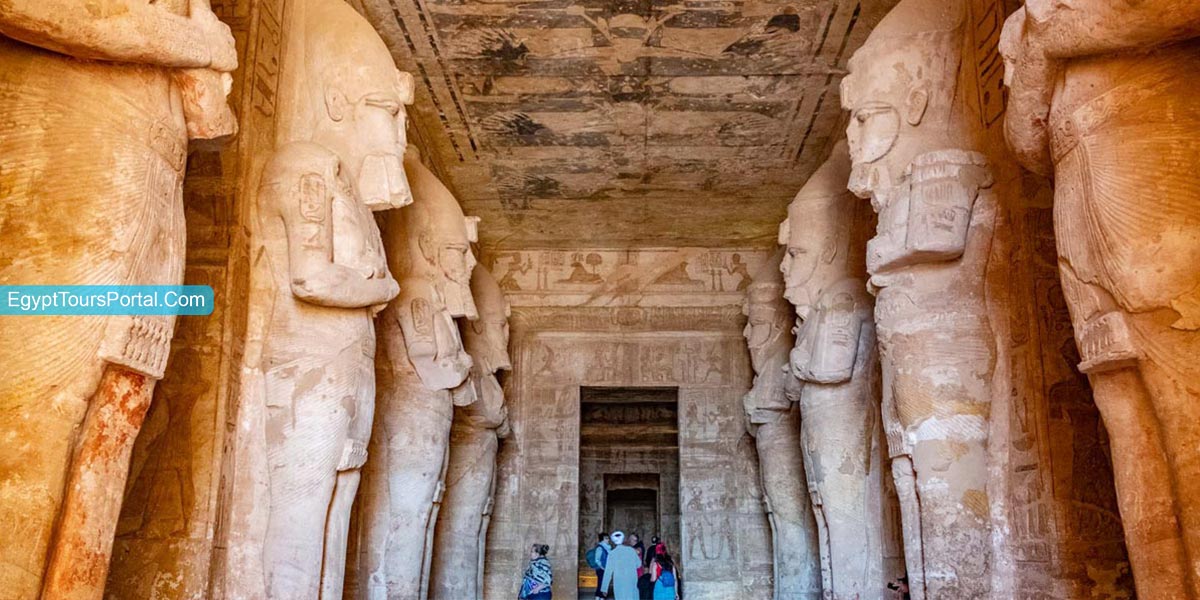 Note: If you didn’t find what you are looking for, then you can check our Makadi Bay excursions and choose your trip.