Who is King Tutankhamun?

King Tutankhamun (1334 B.C-1325 B.C) is an Egyptian king from the 18th Dynasty of the New Kingdom (1570-1050 BC). He’s also known as Tutankhamen which means the living image of god Amun. He is considered to be one of the youngest kings who ever ruled ancient Egypt as he was only 9 years old when he took Egypt’s throne after the death of his father Akhenaten. He ruled Egypt in a transitory period after his father tried to enforce monotheism by uniting the multi gods in the one god “Aton” the sun disk god. He also moved his capital from Thebes to his new city the Horizon of Aten “Amarna“. During Tut’s reign, some of the revolutions happened like Tell El Amarna that demanded the return of the old gods once more. His wife was Ankhesenpaaten which means “Her Life is from Aton“, she was his half-sister from Akhenaten and Nefertiti, Tut was the son of Akhenaten and Lady Kiya “one of Akhenaten wife”.

When Was the Tomb of King Tutankhamun Discovered?

King Tutankhamun didn’t live the life of a king like most of his previous Predecessors; he didn’t leave any worthy achievements after his death in his early life of 19 years. He was remembered for his death more than his life as his great very preserved tomb which was discovered in 1922 in the Valley of the Kings contained his mummy and thousand treasures which all of them were shown for the first time in 2010 in the Egyptian museum but will soon be transported to the new grand museum that will open in 2021. It showcases his famous mega coffins, his golden mask, and all the other treasures found in his tomb. That’s why a lot of tourists prefer to visit it as a part of their trip to Egypt.

How the Tomb of King Tutankhamen Was Discovered? 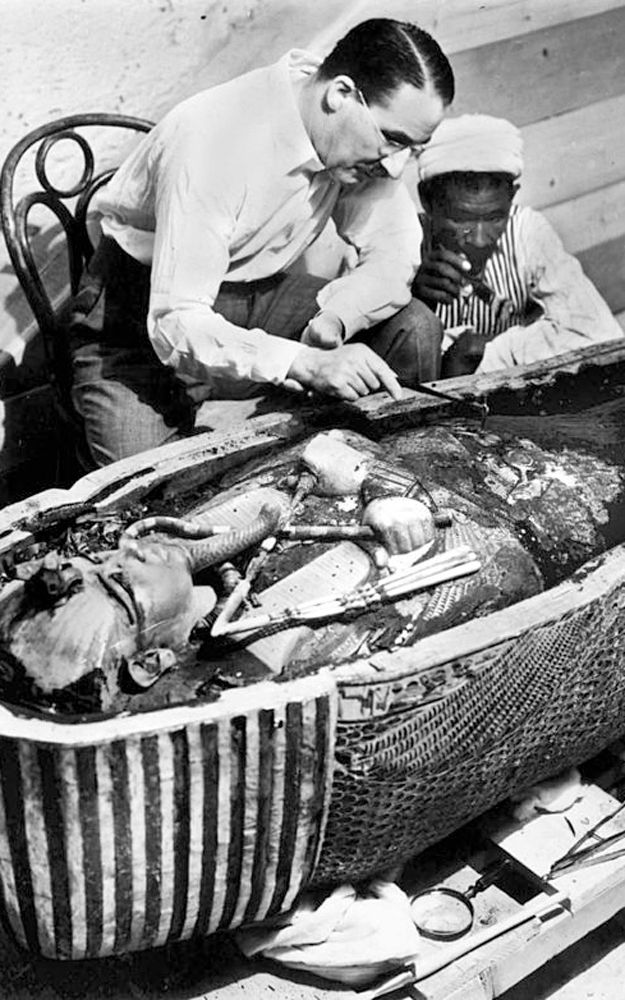 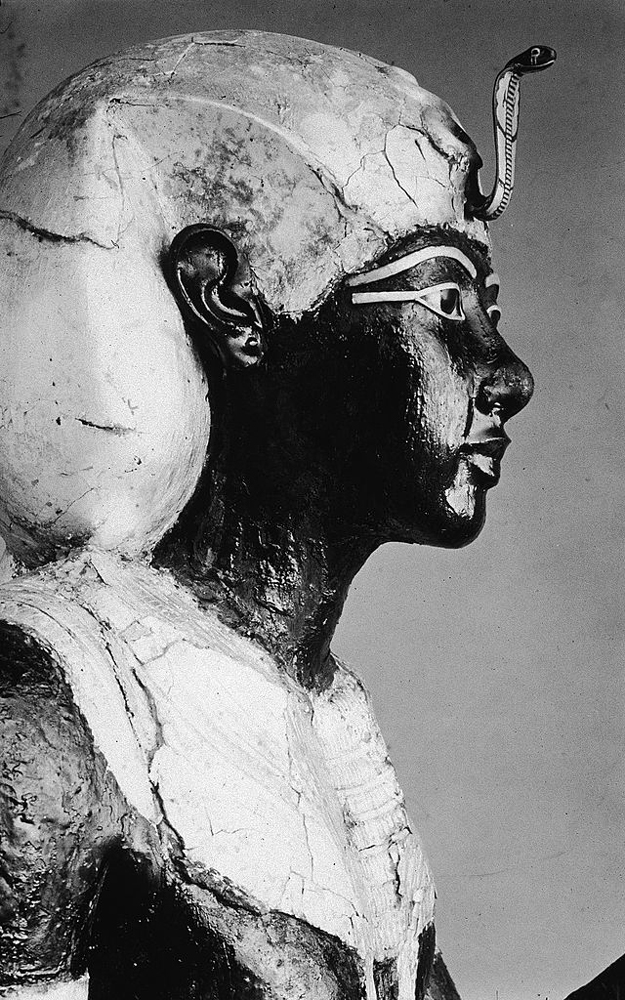 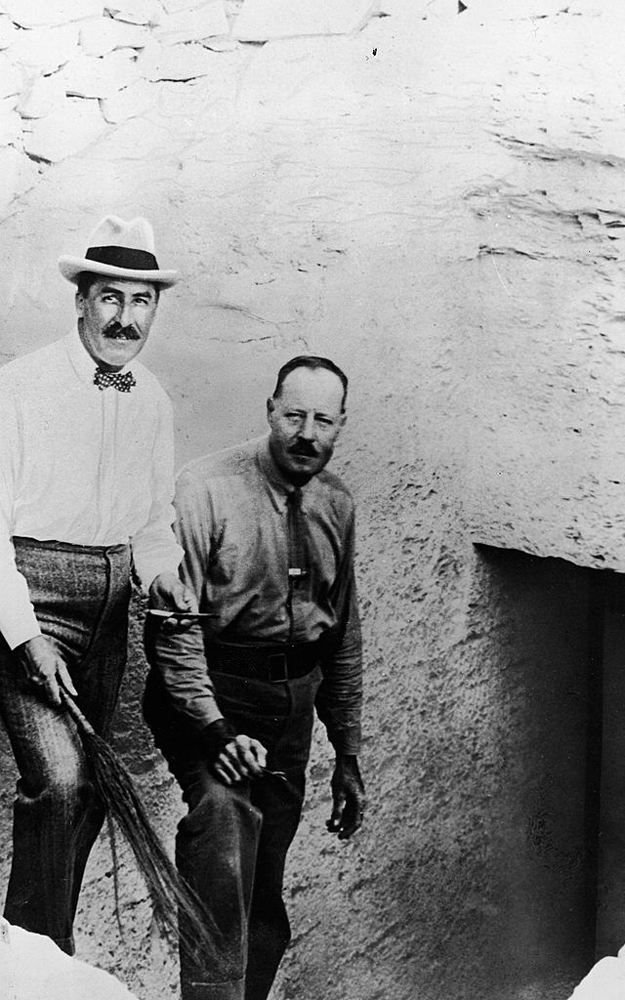 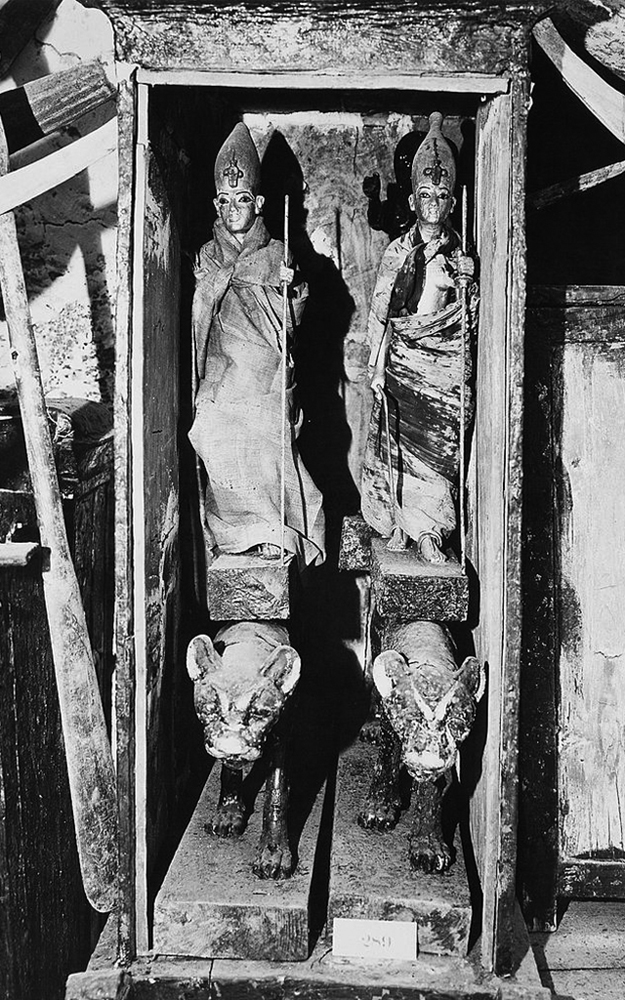 The great discovery of king’s tut tomb can be traced back to the partnership between a gifted Egyptologist & archaeologist called Howard Carter and the 5th Earl of Carnarvon who inspired the most famous archaeological discovery of all time “Tutankhamen Tomb” in 1914. Lord Carnarvon hired Carter to discover the ancient tomb of King Tutankhamen. Lord Carnarvon spent various years attempting to locate the tomb but wasn’t successful which led him to hire carter due to his supervise excavations within the temple of Hatshepsut in Luxor and his usage of advance methods of archaeology and recording.

They both believed that the tomb of Tutankhamen was simply forgotten and it’s time the world remembers the name of king Tutankhamun once again. On November 4, 1922, while systematically investigating a line of huts, the young water boy stumbled on a stone that appeared to be the top of a flight of steps cut into the bedrock so after clearing the debris and starting a slow careful excavation a sunken staircase was discovered leading to a mud-plastered doorway which carried the royal seals of King Tut.

What is King’s Tut Pharaoh’s Curse?

People from all over the world seemed to pay more attention to the mystical phenomenon known as the “Pharaoh’s Curse” which states that anyone who disturbs the final rest of the Pharaoh shall meet his final demise. Lord Carnarvon died five months directly after the discovery that led to the birth of various supernatural speculations which remain only speculations as out of the fifty-eight people who were present only eight passed away within a couple of years and the rest lived very peaceful lives like Howard Carter who passed away at the age of 64 in 1939. Many scholars believe that curse is nothing more than a series of traps filled with deadly gas, chemical, bacterial, or even radiation.

Death of King Tutankhamun is an immortal mystery as it’s unusual for pharaohs kings to die at this early age, he suffered from countless disabilities and diseases that made researchers and scientists search in this puzzle for countless years, they found a hole in his skull and fracture in his leg which indicates he was in an accident or was probably murdered. 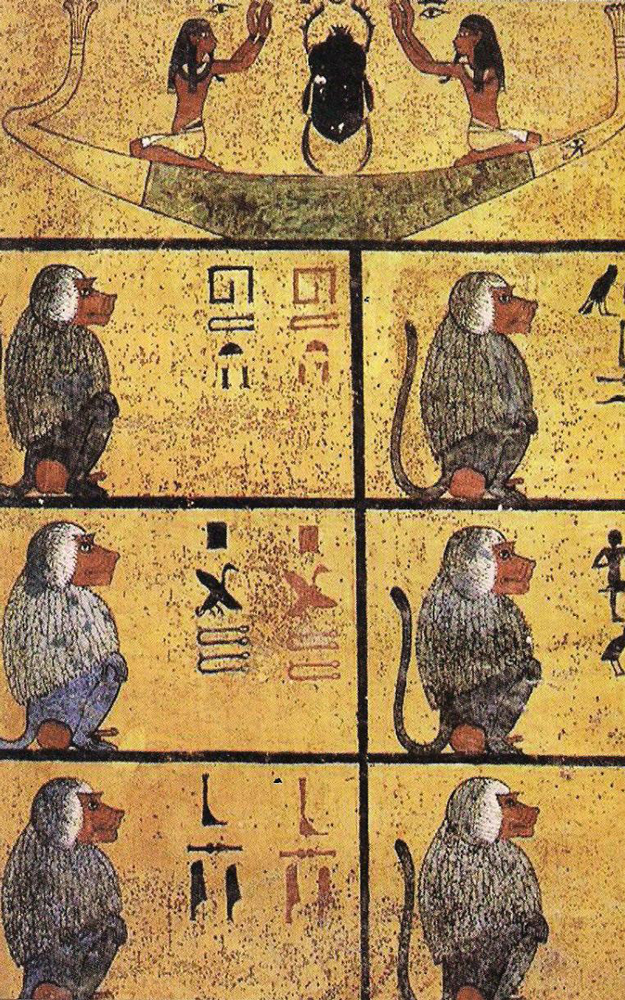 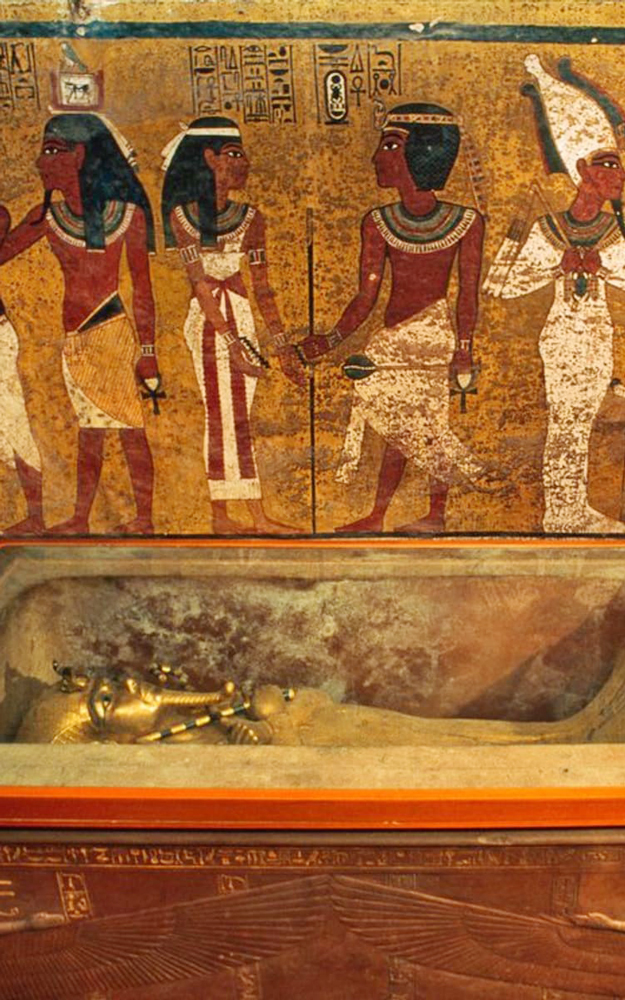 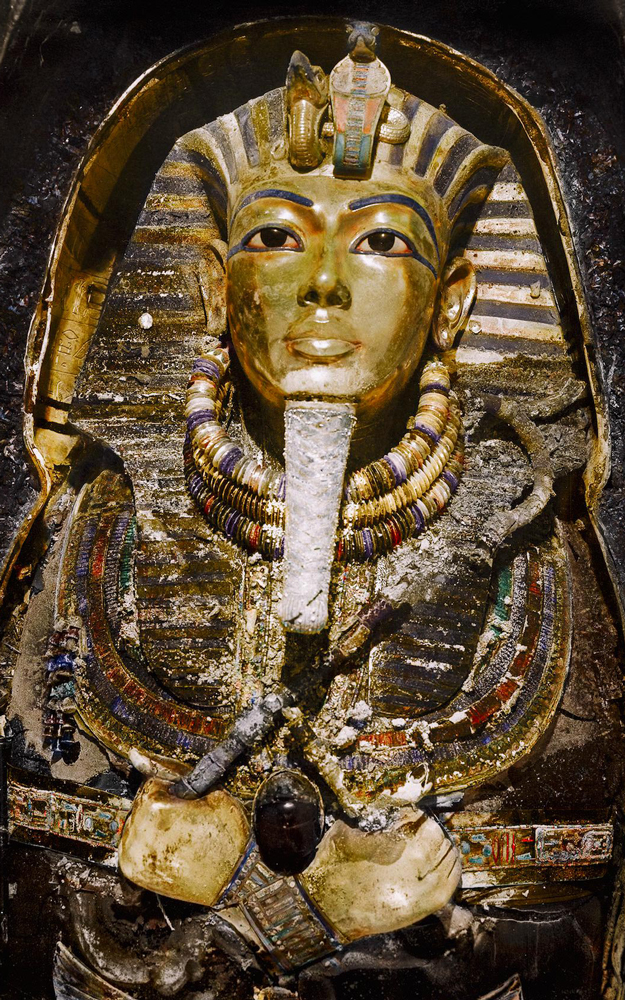 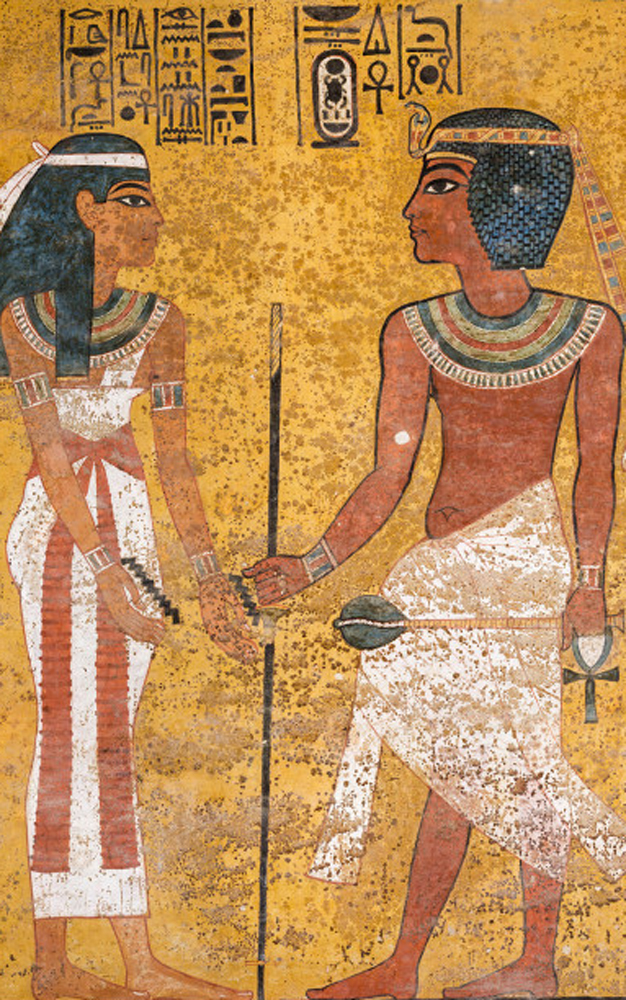 The tomb of King Tut is the most preserved and intact tomb in the history of ancient Egyptian archaeology. On 16 February 1923, the tomb was open for the first time and About 5.398 items were found which Carter took 10 years to fully document like Tut’s magical golden face mask, the inner coffin of three Sarcophagus made of 450 pounds of solid gold, his dagger which was made from a fallen meteorite, archery bow, golden chariot, and various marvelous items. Its discovery was covered by every media outlet & press organization on earth that captured the attention of everyone around the world and started a powerful attraction to the field of Egyptology till our current day.

Go On Adventure Journey to Egypt

Check our Egypt tour packages or Egypt Nile cruises to explore the treasures of King Tutankhamun and many other Egyptian Pharaohs and the famous temples and tombs along the Nile Valley.