History was shaped by men who desired to create an immortal legacy and change the course of destiny, one of those men is Alexander the great. The life of Alexander III of Macedon “356 – 323 BC” is filled with great tales of glory and wonder as he was one of the most successful military commanders in history who remained undefeated until his last days. He was able to make true influence beyond the boundaries of his native country and inspire the great Hellenistic period that spread from Alexandria to the rest of the world. Alexander wished to create a utopia in his own vision and accomplish the full scale of his ambition that known no end.

Facts and History of Alexander the Great 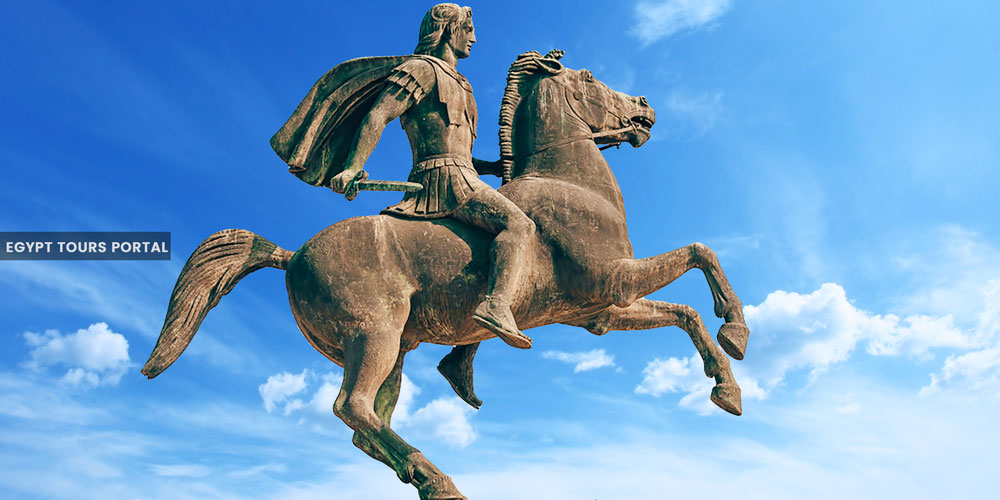 Alexander III of Macedon (356 B.C -323 B.C), Better known as “Alexander the Great”  was known to be “Undefeated in Battle” and one of history’s most successful military commanders and for his incredible dream to reach the ends of the world and the great outer seas.

He was born in Pella (The Ancient Capital of Ancient Greek in Macedon) in 356 B.C to â€œKing Philip IIâ€ of Macedon and his beautiful wife Olympia. He was taught by Aristotle until the age of 16 in the fields of literature, medicine, philosophy, and science. He like the rest of his people was a follower of the Greek polytheistic religion called Hellenism that worshiped Greek gods like Zeus, Apollo, Athena, Poseidon, and others. he succeeded his father after his assassination in 336 B.C and became the rightful ruler of a strong kingdom and an experienced army at the age of 20.

He killed all his rivals that challenged his rule and were awarded the generalship of Greece and used his new power to make his father’s dream a reality which to lead the Greeks in the conquest of Persia. He spent most of his ruling years making unprecedented military campaigns through the northeast of Africa and Asia. In 334 B.C, He began invading the Persian Empire and kept on invading until he reached India in 326 B.C. one of his greatest battles was the siege of Tyre in 332 BC against the Phoenician army which he won.

Wives and Children of Alexander the Great

He married three times in his lifetime; the first was Roxana of Bactria, Stateira, and Parysatis, daughter of Ochus. He has one child called Alexander IV of Macedon, born by Roxana shortly after his death in 323 BC.

Most Important Achievements of Alexander the Great

After Alexander the Great conquered Gaza and defeated the Persian Emperor Darius for the control of Syria and Levant, he moved to Egypt that was part of the Persian Empire after the battle of Pelusium. He moved his forces towards Pelusium (The Eastern Gateway to Egypt) and entered Egypt on 14 November 332 B.C. The Egyptians welcomed him with open arms because they saw him as a liberator and also because the Persians had no control over the Egyptian public or respect for religion or culture. He faced no kind of opposition or resistance from Persian forces, and was able to enter Egypt very easily, he then took his forces to the capital of Memphis and to the coast of the Mediterranean coast where he cast his eyes on a piece of land located between the sea and a lake filled with a secure freshwater supply, therefore he ordered his architect “Democrats” to build him a city on that location which became known as “Alexandria“. he put Egypt as one of the pillars of the Greek civilization.

He used his diplomatic skills by working on improving his relationship with Egyptian as he declares himself the son of the god Amun -Ra, renovated the chapel of Tuthmosis III and the temples of Karnak as he was depicted on the temple of Amun-Ra dressed as a pharaoh and identified with a text reading “King of Upper and Lower Egypt, Lord of the Two Lands, Son of Re, Possessor of the Crowns, Alexander”, offered sacrifices to God Ptah and hosted Greek-style games which contained many contests from all over the Greek world in a multicultural event. In October 331 BC after conquering Egypt, he moved to Persia where a great battle was fought and he was able to reach India in 326 B.C. 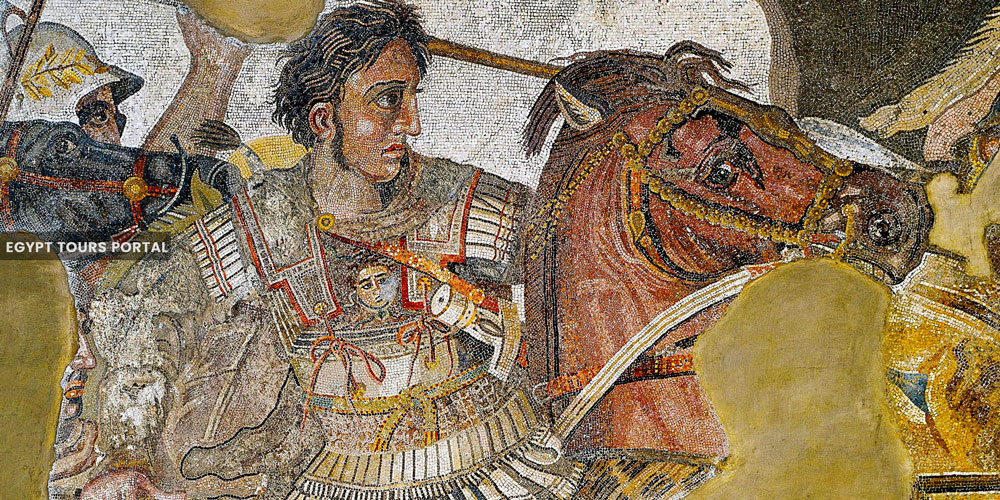 As a young boy, he was taught by his teacher “Aristotle” to always maintain the balance between all Parties. So when it came time to build his administrative structure, he chose to have his deputies, generals to be Egyptian, Greek, and Macedonians all of them would feel empowered and work on making alexander’s dream of building a great empire. Alexander also opened the doors of Egypt to all the Greek and Macedonian immigrants. He wanted to build a multi-cultural province that holds various languages, cultures and to become a true symbol for cooperation between these ancient civilizations. Alexander only spent six months in Egypt but he was able to make massive renovations and reforms and put Egypt within the center of the Greek civilization orbit.

Alexander the Great died of malaria in 323 BC at the age of 32 leaving a great legacy of cultural diffusion, marvelous constructions, syncretism, and a series of tales that shaped the course of history. After his death, his empire was divided between his generals who each controlled part of his kingdom. Egypt Became under the control of Ptolemy who conquered Egypt and established the Ptolemaic Dynasty until the Roman dynasty conquered Egypt in 32 B.C.

Tomb of Alexander the Great

The tomb of Alexander the Great is one of life’s greatest mysteries as many believe his body was taken by Ptolemy who buried him in Memphis or the city of Alexandria. His Tomb remains to be found.

Explore the Treasures of Egypt

No country around the world is more blessed with culture, history, civilization, and mythology than Egypt, Egypt has a magical legacy that still being discovered until this era, so you can explore Egypt breathtaking temples, tombs, and museums during your trip to Egypt, book one of our stunning Egypt tour packages or Egypt Nile cruises and live the vacation you deserve.

Enjoy 3 nights Nile cruise from Aswan include Abu Simbel and visit the best temples & tombs back to the a...

Enjoy the best MS Tulip Nile Cruise between Luxor and Aswan and enjoy guided excursions to the amazing te...