Imagine if I told you that you can explore a third of the entire world monuments in one day within the heavenly embrace of the golden city of Luxor. Every traveler will get the chance to discover a collection of rare constructions and artifacts only to be seen in Luxor through a full-day Luxor day tour from Soma Bay. Through the city of a hundred gates lies the legacy of 5000-year-old civilization and the chance to live an unforgettable day where the magical glamour of ancient times shines in the brightest color.

The Itinerary of Luxor Day Tour from Soma Bay

Your magical journey will begin when you get to drive from your soma bay hotel by an air-conditioned car then go to Luxor to explore:

The Valley of the Kings is like a fairy tale that came to life in the heart of a mountain filled with the treasures and tombs of various kings and queens of the new kingdom (1570-1070 BC) up to 63 tombs which include about 20 tombs to famous rulers like Tutankhamen, Seti I, Hatshepsut, Ramses VI and more.

The most complete and preserved vision of ancient Egyptian architectural is Djeser-Djeseru "Holy of Holies" the Hatshepsut temple which was carved into a mountainside in 1479 BC in 15 years to honor Amun the creator god and the glorious achievements and legacy of queen Hatshepsut (1550-1070 BC).

One of the most unique structure ever to exists in Luxor which was transported all the way to Cairo across 700 km and weighs 720 tons & stands at the height of 18 m (60 ft) is the Colossi of Memnon created in the reign of Pharaoh Amenhotep (1386 – 1350 BC) then resembled in 199 AD.

Luxor is the home to the legendry Karnak temples complex that acted as the spiritual and religious capital of Upper Egypt which was referred to it as the most selected of places. It is known as the biggest open-air museum in the world, built between 2055 BC to 100 AD to honor deities like Ptah, Osiris, Isis, and mainly the Theban triad.

Finally, you will end your day tour to Luxor and soma bay by returning to your hotel in soma bay by a private A.C car. 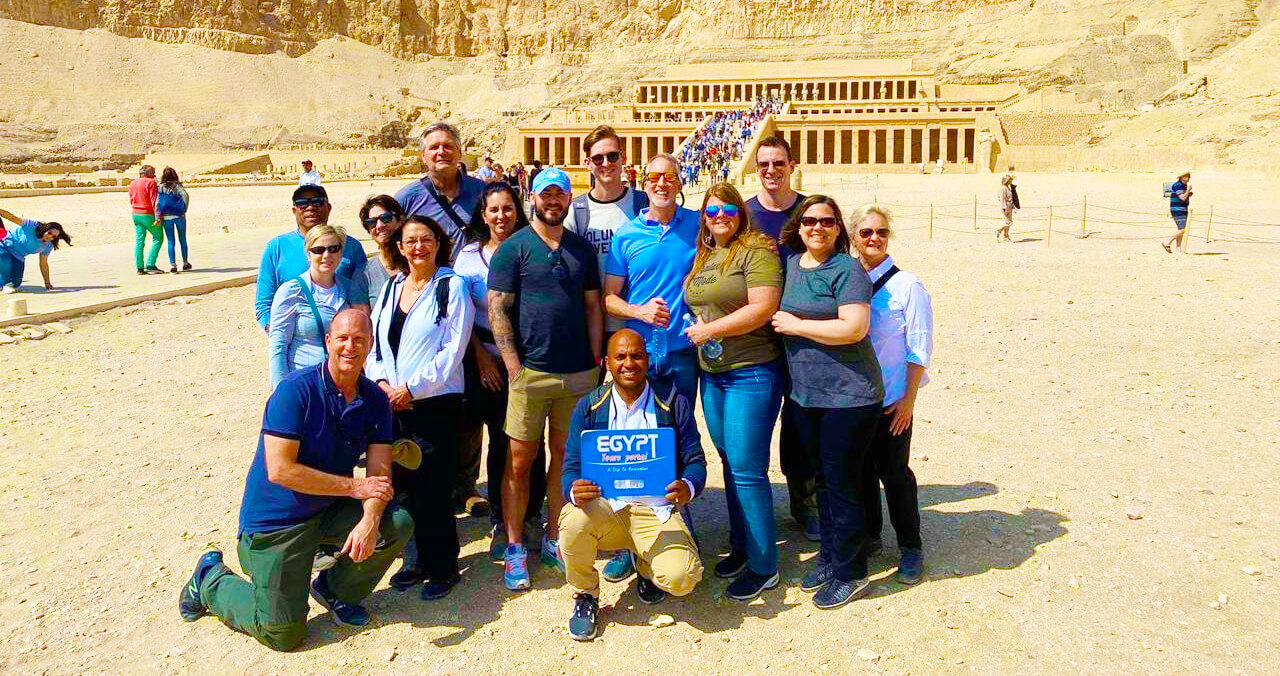