Day tour to Luxor from Aswan will be a mystical trip leading to all the eternal godsends of Egypt that release divine greatness and amazement. Egypt Tours Portal is considered to be the best travel agency in Egypt which will offer all our South African clients the best services which include the best Egyptologist tour guide and private A/C Vehicle. All our South African guests will enjoy a private guided Luxor day tour from Aswan to explore the top of Thebe's golden historical landmarks such as Valley of the Kings, Hatshepsut temple, Karnak temple & Colossi of Memnon, then return back to your hotel to end your Luxor day tour from Aswan. Book this magnificent day trip and uncover the heavenly spectacles of Luxor.

In the morning time, we will transfer you from your hotel in Aswan to the train station to catch the 1st class train to Luxor. Upon arrival, you will be accompanied by your private Egyptologist tour guide where you'll visit the most famous Luxor tourist attractions including:

The proud golden rulers of the Eighteenth, Nineteenth, and Twentieth Dynasties of the incredible New Kingdom (1550 – 1070 BC) chose to be buried in the underground core of the Theban Necropolis which was divided into the west and east valleys. The Valley of the Kings holds 63 tombs of some of the most famous Pharaohs and nobles in Egypt's history. This location was chosen for its mythological value that witnessed the sunset at the western end then reborn and rejuvenated on the eastern horizon plus the tombs hid in the blessed shadow of a pyramid peak reaching for the sun.

The magnificent legacy of the golden Queen (1473–1458 BC) can be explored very clearly across the holy of holies found on the west bank of Luxor found in opposite the Karnak temple which is the main sanctuary of Amun. Hatshepsut temple was constructed by Senenmut the main priest of Amun in 1479 BCE for 15 years to possess three levels containing a number of the most magical decoration showcasing the great history and achievement of this great ruler.

The brilliant quartzite sandstone Colossi of Memnon has witnessed many things during its glorious lifespan it was created by Amenhotep III in 1350 BC to guard the golden heritage of one of Egypt’s most significant builders. Across the statues are 107 inscriptions from the Roman era showcasing the Greek mythological tale of kings Memnon plus there is mention of the wife Tiye and mother Mutemwiya and mention of the god of the Nile Hapi.

Then, we will transfer you to a local restaurant in Luxor to enjoy your lunch and after finishing, you will join your tour guide to visit:

The most selected of places the golden Karnak Temple Complex became a mega worship center the divine Theban triad that consists of Aman-Ra, Montu, and Mut. The construction of grand Karnak Temple Complex was created from 2055 BC to 100 AD to become the biggest religious complex ever created in history showcasing the finest examples of ancient Egyptian architecture such as the Hypostyle hall, avenue of sphinxes, and many more.

Finally, we will drive you back to the train station to catch your 1st class train to Aswan and transfer to your hotel to end your Luxor day tour from Aswan. 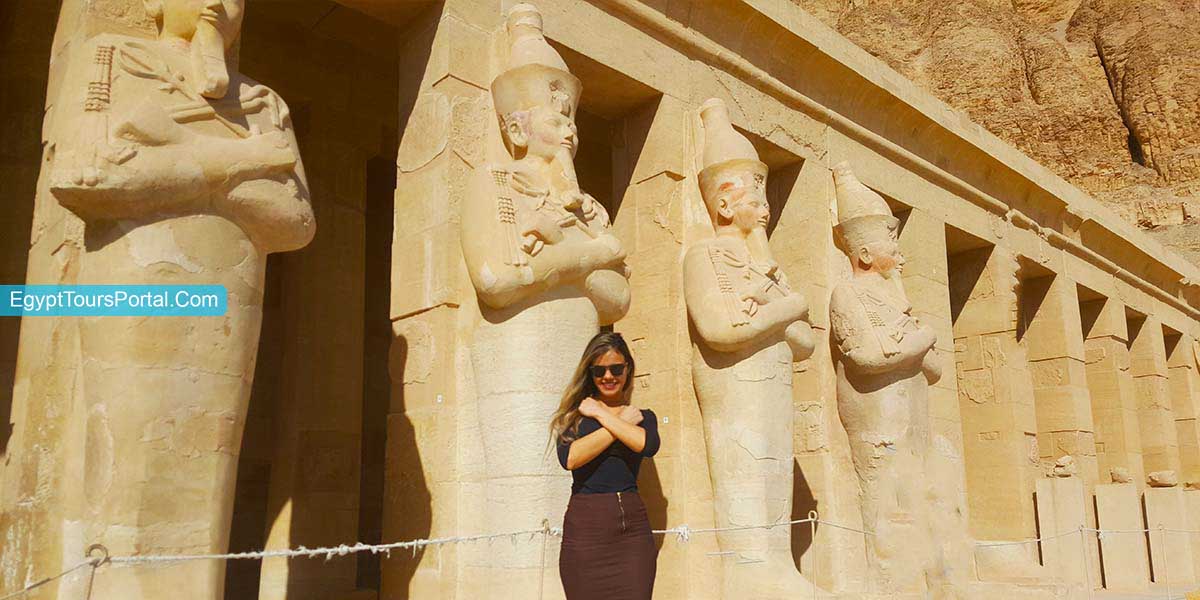 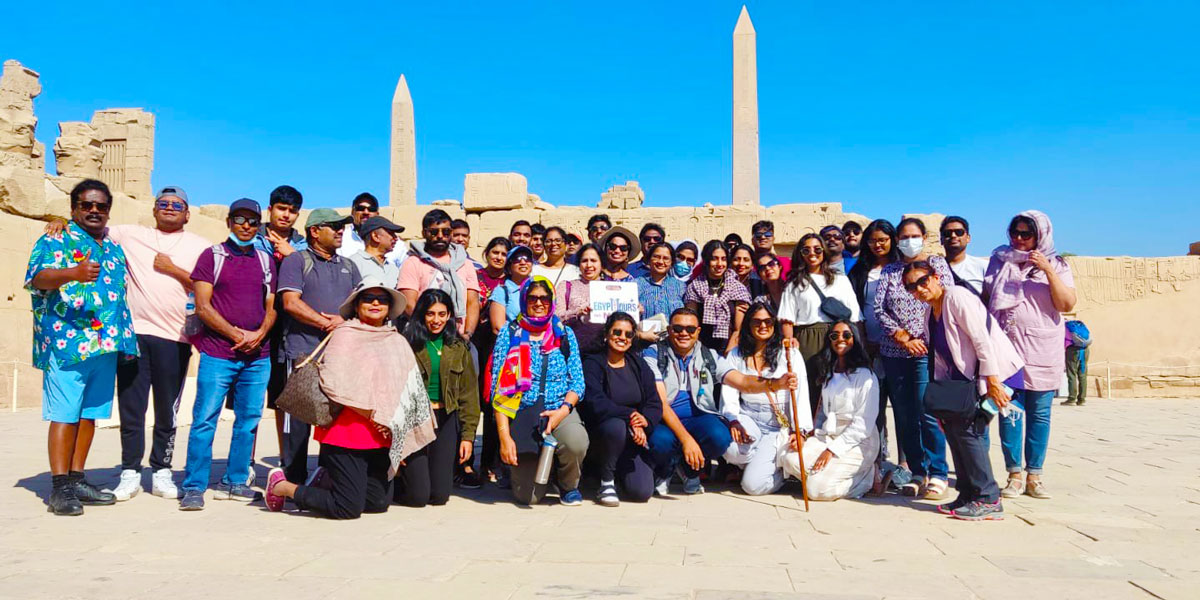 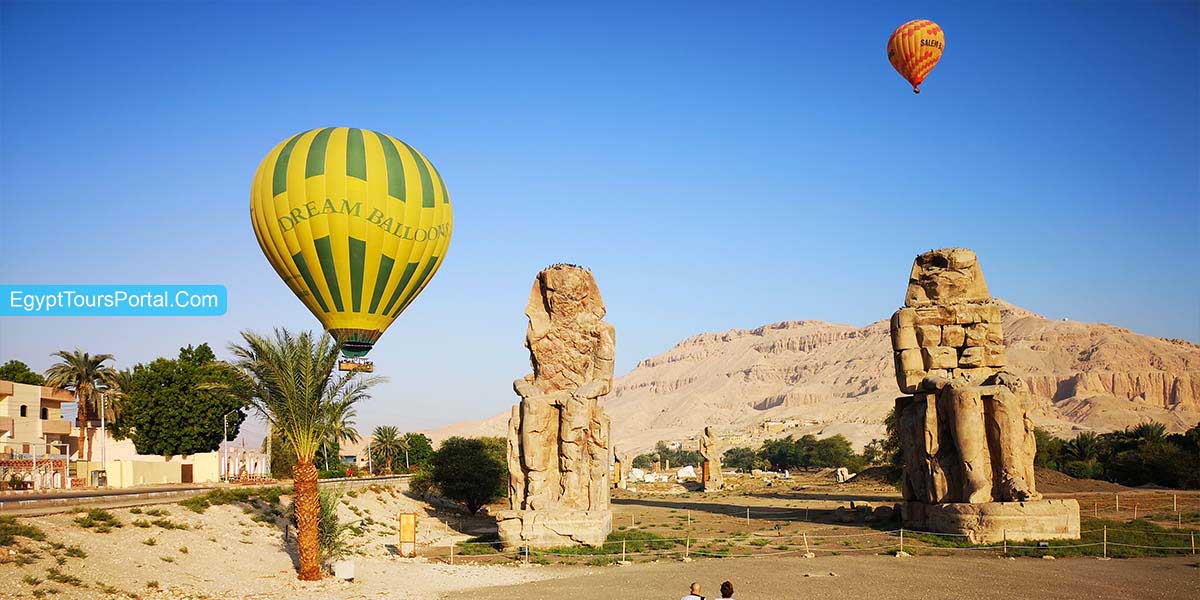