5 days Egypt family tour is a blessed journey into the ever-changing wonders of Cairo, Luxor, and Abu Simbel where every family member will get to cast their eyes on the majestic landmarks of Egypt such as the Giza pyramids complex, the Abu Simbel temples, Valley of the Kings, Karnak temples complex, Hatshepsut Temple, and many more. In these five days of wonderful vacations, the entire family will enjoy the finest service, comfortable accommodations, easy transportation, 24/7 customer service, and professional tour guides. The entire family will get to live an ideal vacation filled with absolute wonder, thrill, and beauty.

At the exact moment of the family landing at Cairo Airport, our employee will assist the entire family with all their entry formalities and the luggage carrier. Everyone will then be taken by a private A/C vehicle to their hotel in Cairo to check-in and relax.

Every head to the Giza plateau to take part in a heavenly display of the greatest story ever told known in a sound and light show during the warmth of the moonlights showcasing the fall and rise of the ancient Egyptian Civilization with your tour guide. The whole family will have their dinner and spend the overnight in their hotel in Cairo.

The entire family will begin their day by having their breakfast then head with their tour guide to explore:

The Giza Pyramids Complex has been the center of attention for more than 4000 years, offering a glimpse into the incredible history and greatness of ancient Egypt through a number of great monuments such as:

Khufu’s great pyramid is a heavenly wonder built in 2600 years to provide Khufu access to the heavens. It is famous for being 147 tall, weighing 6 million tons, and possessing a number of very unique attractions like the king’s chamber, the grand hall, the big void, and many more.

The Sphinx of king Khafre came into existence around 2500 BC as an absolute model for strength and wisdom. It is one of the largest statues ever featuring the face of king Khafre himself.

The valley Temple came to be during the old kingdom (2700 – 2200 BC) immortalize the bodies of the royalty through mummification.

The entire family will have their lunch at a local restaurant then head to:

In 1901, new construction was opened for the public to showcase the history and archaeological treasures of Ancient Egypt.

The whole family will head to Cairo airport to catch their flight to Aswan and after they arrived everyone will check their 5* hotel and spend the overnight.

Day Three: Tour to the magical paradise of Abu Simbel

In the morning, the whole family will have their breakfast then check-out to head with the tour guide to witness:

Ramsess II (1303 – 1213 BC) had a dream to achieve immortality and make his name synonymous with the time and the concept of victory. He constructed the two great Abu Simbel temples to document his great triumph at the battle of Kadesh & the signing of the first documented peace treaty, make attribute to his deities Amun, Ra Horakhty, and Ptah, and most important honor his loyal and beloved wife Nefertari.

The family will have their lunch then head with our employee in a private A/C Vehicle to Aswan train station so you can travel to Luxor then check in a 5* hotel to spend the overnight.

The day will begin by the entire family having their breakfast then heading with their tour guide to discover:

The heavenly tombs of the kings can be found at the heart of a mythical hill filled with the treasures and history of 63 tombs belonging to the greatest rulers of the new kingdom (1570 – 1050 BC) from the 18th to the 20th dynasty, some of these great rulers include Tutankhamun, Seti I, Ramsess the great, and many more.

The enchanting temple of Hatshepsut is found in Deir El Bahari at the core of the stone limestone to honor his stature of being the wife priestess of Amun and offer a detailed showcase of the ancient Egyptian Classical Architecture.

The heavenly wonder colossi of Memnon of Amenhotep III was carved in 1350 BC to showcase to immortalize the legacy of his family which also depicts his face.

The family will have their lunch at a local restaurant then head to:

The Karnak temples complex is a blessed historical and archaeological wonder filled with the most heavenly monuments on 247 acres for the last 500 years from the new kingdom and the Ptolemaic age to honor the epic Theban Triad that is composed of Amun, Mut, and Khonsu.

The whole family will head to Luxor airport to catch their flight to Cairo and return back to their hotel in Cairo and spend the overnight.

On the final day of the 5 days family Cairo, Luxor, and Abu Simbel holiday, everyone will have their breakfast then end their magnificent tour by heading home. 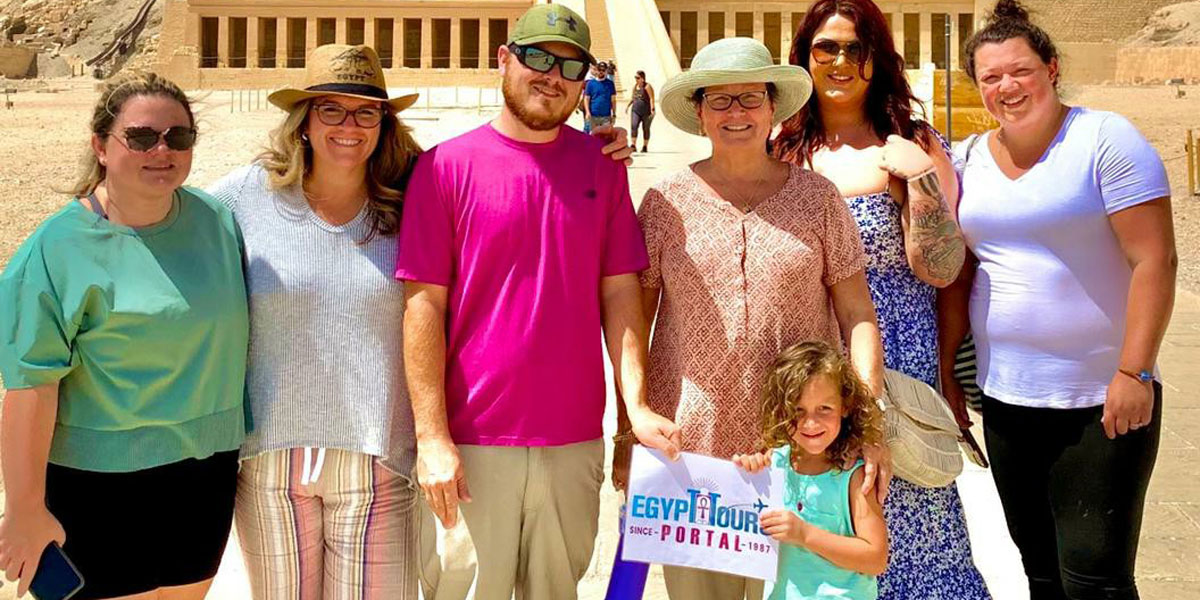 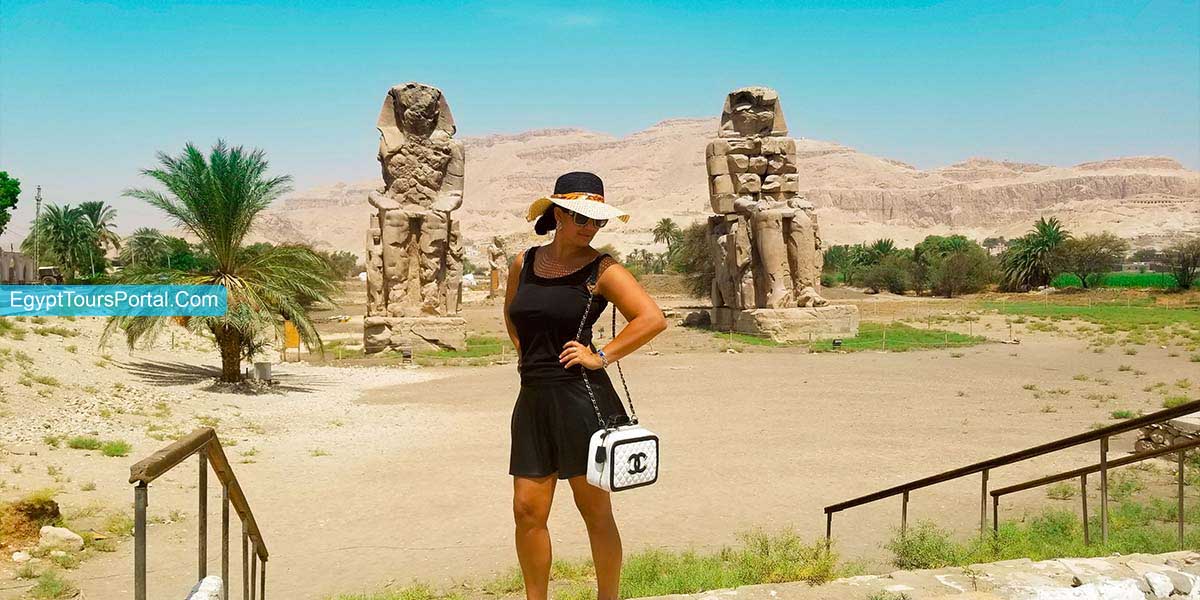 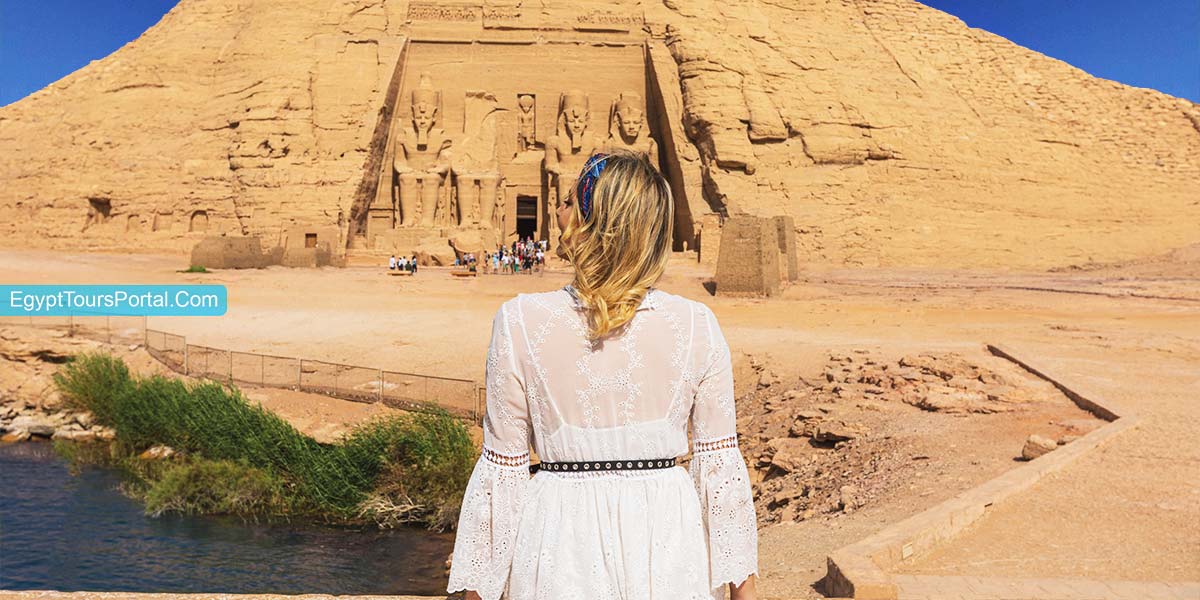 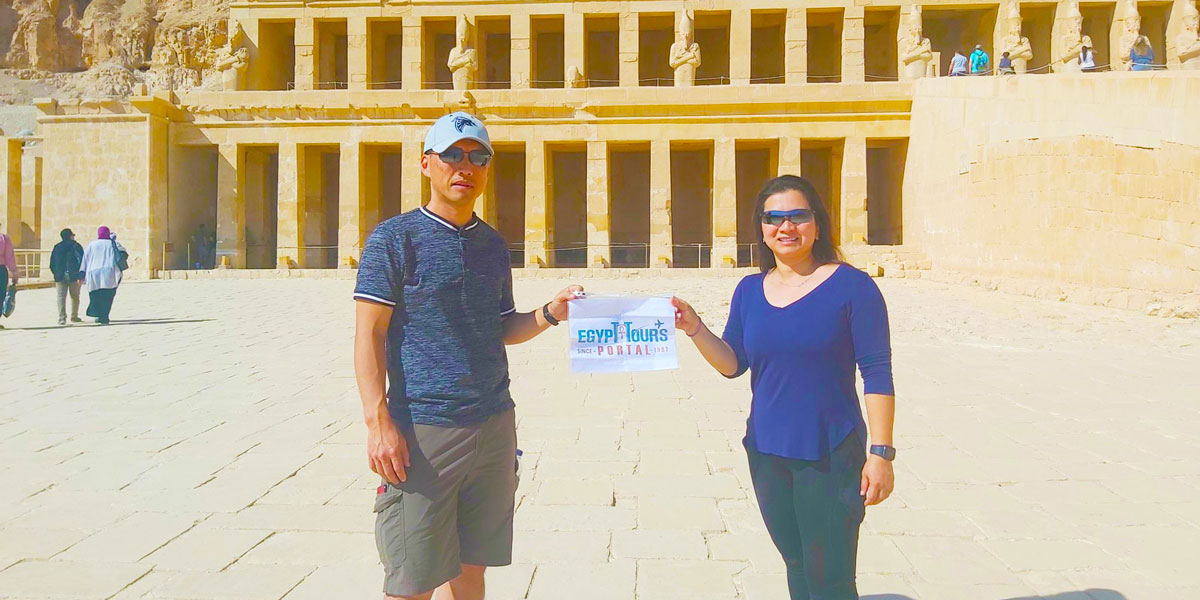