The Holy Family in Egypt

Who is the Holy Family?

Egypt acted as a haven for the holy family & baby Jesus as they attempted to escape the cruel hand of King Herod the ruler of Judea. The story begins when Jesus id declared the prophet of God and the next king of the jews, that’s why king Herod felt threatened of Baby Jesus and his followers and decided to kill him. After Joseph received a warning from an angel of the lord, the Virgin Mary, and Jesus left Bethlehem and head to Egypt where king Herod had no political powers.

How Long did the Holy Family Stay in Egypt?

The holy family crossed 26 locations throughout the county as they sought out a refuge during their three and a half years of hiding. The holy family started their quest through northern Sinai where they entered Egypt. The holy family kept consistently changing their location in order to avoid the reach of Herod’s spies.

Where Did the Holy Family Stay and Journey to in Egypt

The first main city they crossed was Farama a.k.a ancient Pelusium which hold a first-century church which was built after the introduction of Christianity by st.mark. This place also holds many churches and monasteries from the old and modern era, they ventured to Mostorod a.k.a el Mahamaah (The Bathing Place) where the Virgin Mary bathed Jesus in and washed his clothes, in the north of Cairo the next destination was small town near Mostorod, “Tel Basta” where Jesus blessed the land causing a water spring to well up from the ground.

The third stop was “Belbeis” where they sat under the shades of a sycamore tree which later became known as the “Virgin Mary’s Tree“, the holy family crossed the Nile to the city of Samanoud and then the city Sakha also known as ‘Peka-Issous‘ “The Foot of Jesus” which is inspired by a rock with a relief of baby Jesus foot on it. Wadi El Natroun was also on their route which later became the home to many monasteries reflecting the well-preserved Coptic art.

Next, they entered the city of Cairo through the districts of Matariyah and Ain Shams, then they headed to Old Cairo formerly known as Babylon which was a massive fortress that was turned to the infamous Abu Sirga Church and the legendary Hanging Church. The holy family then headed to Maadi which they boarded a sailboat that took them to southern Egypt, on the docking point in Maadi the Virgin Mary Church was built. The family then headed to Minya where they crossed the east bank of the Nile to the summit of Gabal Al-Kaf (Mountain of the Palm) where a laurel tree bowed to Jesus as he passed, it is referred as El Abed or the Worshipper. The family then crossed the west bank of the Nile to Gebel Qussqam in Assiut where they stayed for six months longer than any other place in Egypt, in the same area monastery of Al-Moharraq was constructed, also in the same spot an angel appeared to Joseph’s dream telling him to return to Palestine as King Herod is dead.

Many churches and monasteries were built along their trail and many spiritualists, explores, and travels are taken by the holy family’s journey as a highly popular draw, check our Egypt tour packages to book your dream vacation in Egypt and visit the most famous churches in Egypt. 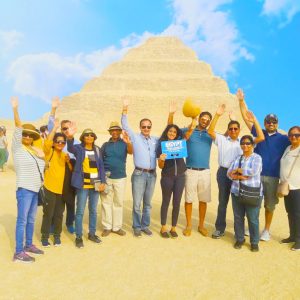 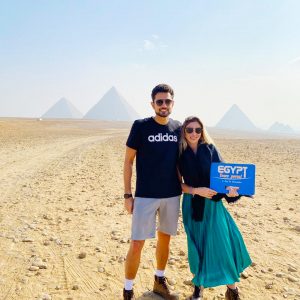 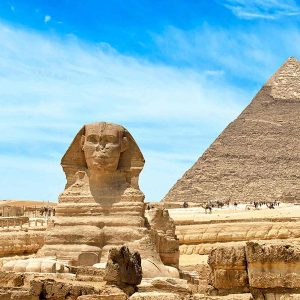 A fantastic journey to Egypt history in 7 days Easter holiday, it's a wonderful chance for you to live th...