The dream of every American Traveler will come true to fully explore the ancient Egyptian landmarks in upper Egypt during a wonderful journey through the Nile valley for a totally private 3 nights/4 days Dahabiya Nile cruise Aswan to Luxor joining a private Egyptologist tour guide where you will discover the great civilization of ancient Egypt pharaohs in the most famous archaeological temples such as Karnak temple, Hatshepsut temple, Valley of the Kings, Kom Ombo and Edfu temples. Book the vacation of your lifetime and make every moment count.

Morning time, we will pick you up from Aswan Airport/your hotel or anywhere you decide in Aswan by a private air-conditioned car to start your 3 nights Dahabiya Nile cruise by visiting Aswan Highlights such as:

Built across the bank of Nile at Aswan. Aswan High Dam was constructed between 1960 and 1970 which had a positive impact on the economy and culture of Egypt.

The biggest ancient obelisk. It was ordered by Hatshepsut (1508–1458 BC), possibly to complement the Lateran Obelisk (which was originally at Karnak, and was later brought to the Lateran Palace in Rome.

Philae temple dedicated to goddess Isis of Love, beauty, and motherhood. The temple complex was dismantled and relocated to nearby Agilkia Island as part of the UNESCO Nubia Campaign project, protecting this and other complexes before the 1970 completion of the Aswan High Dam.

Then embark on your Dahabiya Nile Cruise Boat with enjoying your lunch on=board. Have a charming sail to Kom Ombo. Arrive in Kom Ombo and enjoy the dinner before overnight.

Kom Ombo temple overlooking straight the Nile. This temple divided into 2 temples with 2 entrances, 2 hypostyle Halls, and 2 sanctuaries which honor to celestial gods which are Sobek the crocodile god of the nile and the horus the sky falcon god.

Then continue sailing to Edfu and overnight.

In the morning, enjoy a delicious breakfast onboard the cruise. Then join your tour guide to visit:

Dedicated to the sky falcon God Horus. Edfu temple considers the most preserved Greco-Roman temple all over Egypt and on its walls is a number of art pieces that showcases the victory of Horus over the devil god Seth.

Continue your Dahabiya Nile Cruise Aswan to Luxor sailing to Esna and overnight. The lunch and dinner will be onboard the cruise.

Disembarkation from your Dahabiya Nile cruise boat in Esna after enjoying your breakfast, then you will be being escorted to Luxor to visit the best tourist attractions:

The eternal resting place of Egypt's rulers from 1539 to 1075 BC to 63 tombs for the 18th to the 20th dynasty which, the Valley of the Kings is home to tombs including the great pharaoh of Seti I, Ramses II and boy pharaoh Tutankhamun.

The queen who would-be king, Hatshepsut was a ruler loved by her people but always surrounded by controversy. See the spectacular Hatshepsut temple in Luxor's west bank, one of the best-preserved of its kind.

Two massive stone statues of king Amenhotep III are the only remains of a complete mortuary temple. The Colossi of Memnon are made from blocks of quartzite sandstone that exist in Cairo then moved 700 KM to Luxor.

Enjoy your lunch at a Nile view restaurant in Luxor, then continue your tour by visiting:

No site in Egypt is more impressive than Karnak. It is the biggest temple complex ever built by man for the purpose of worshipping the Theban triad of Amun, Mut, and Khnsou plus it represents the combined achievement of many generations of ancient builders and pharaohs. The Temple of Karnak is actually three main temples, smaller enclosed temples, and several outer temples situated on 247 acres of land.

Later you will be transferred to Luxor airport or Train station to end your Dahabiya Nile cruise from Aswan to Luxor. 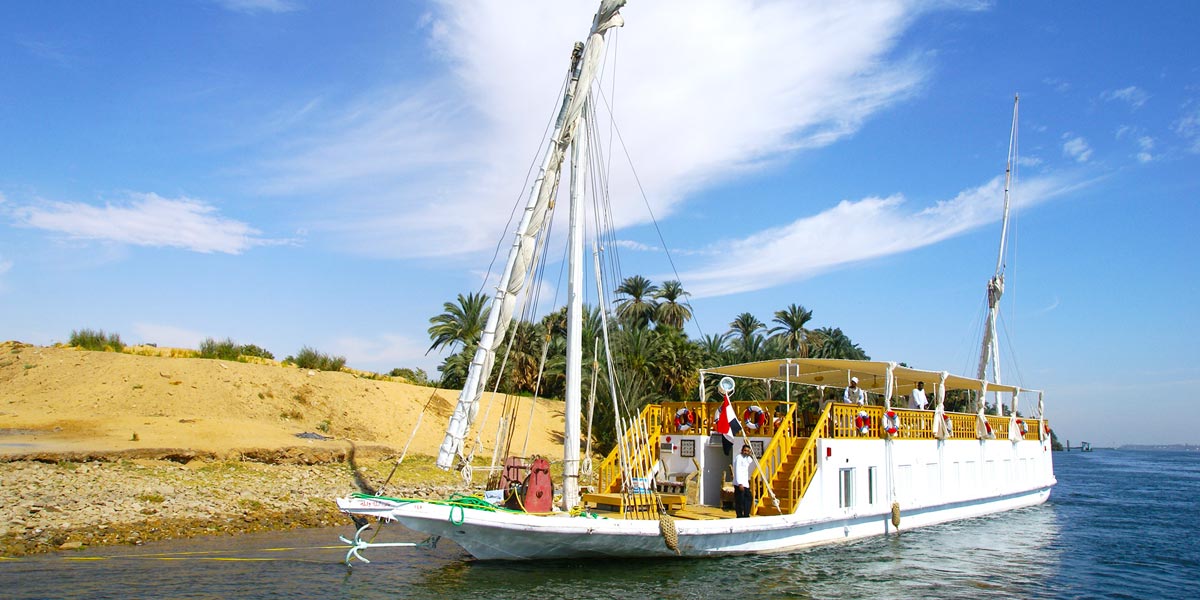 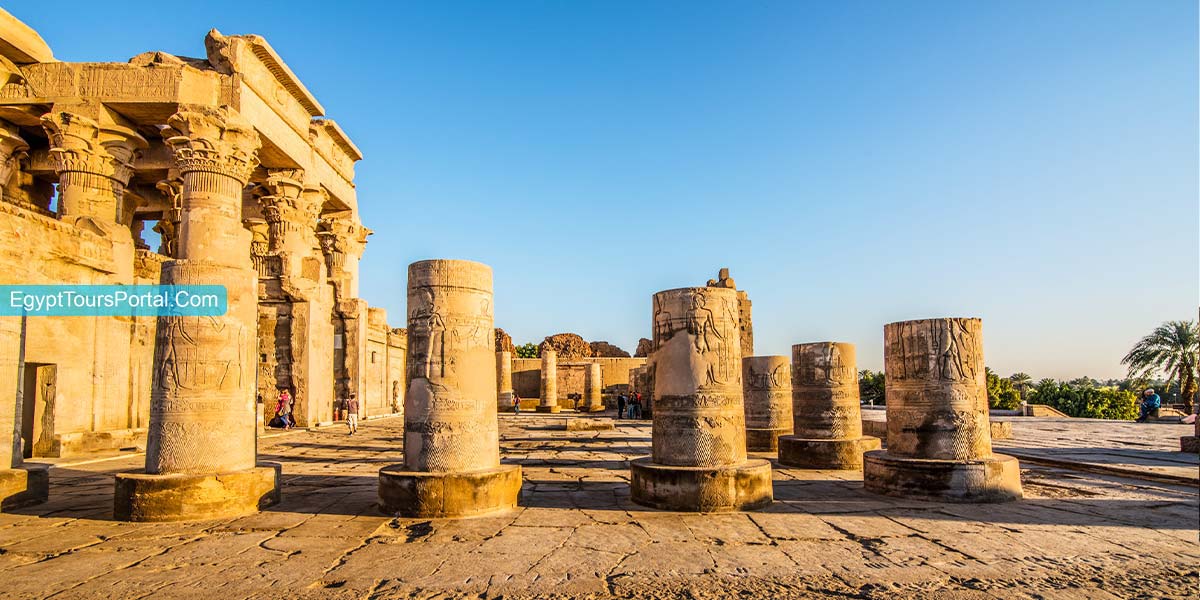 Extraordinary 5 Days Nile River Cruise from Luxor to Aswan Enjoy the experience you deserve through our ...