Considered by many to be the gem of the western desert, the Dakhla Oasis is one of Egypt’s magical destinations as it holds remarkable monuments, amazing natural scenery and beautiful ancient Egyptian artifacts & handcrafts that showcases the genuine beauty of the ancient Egyptian Bedouin culture.

Dakhla Oasis is in the new valley state about 350 km (220 mi) from the Nile River. It measures 80 km (50 mi) from the east to the west and 25 km (16 mi) from north to the south. It is situated inside a depression and lies from Farafra and Kharga. The entire area is 2,000 km² and holds many hot springs. There are about 16 villages and the most important one is the village of Mut. The oasis is known as the Labyrinth because of the various narrow alleys and secret passages. 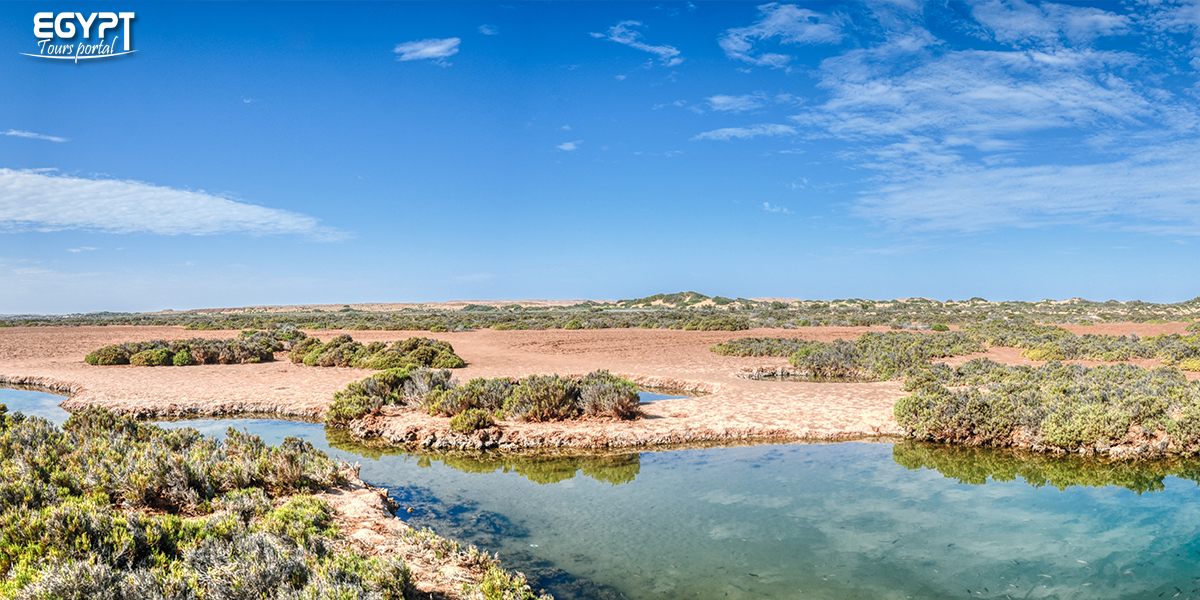 The history of Dakhla oasis dates back to the 6th dynasty around 2550 BC when the oasis was located in the center of an important caravans trading route which linked Dakhla to the Kharga and Farafra and to the Nile valley in the west and Libya to the west. Unlike most of the other oases in the western desert, Dakhla was agriculturally cultivated and rich with a number of springs like “Bir Talata” and “Bir El Gabal”, that offer warm water and a magical relaxing atmosphere. The oasis contains about five hundred tablets of clay with a stylus inscribed with hieratic language to record name lists, accounts, and inventories. 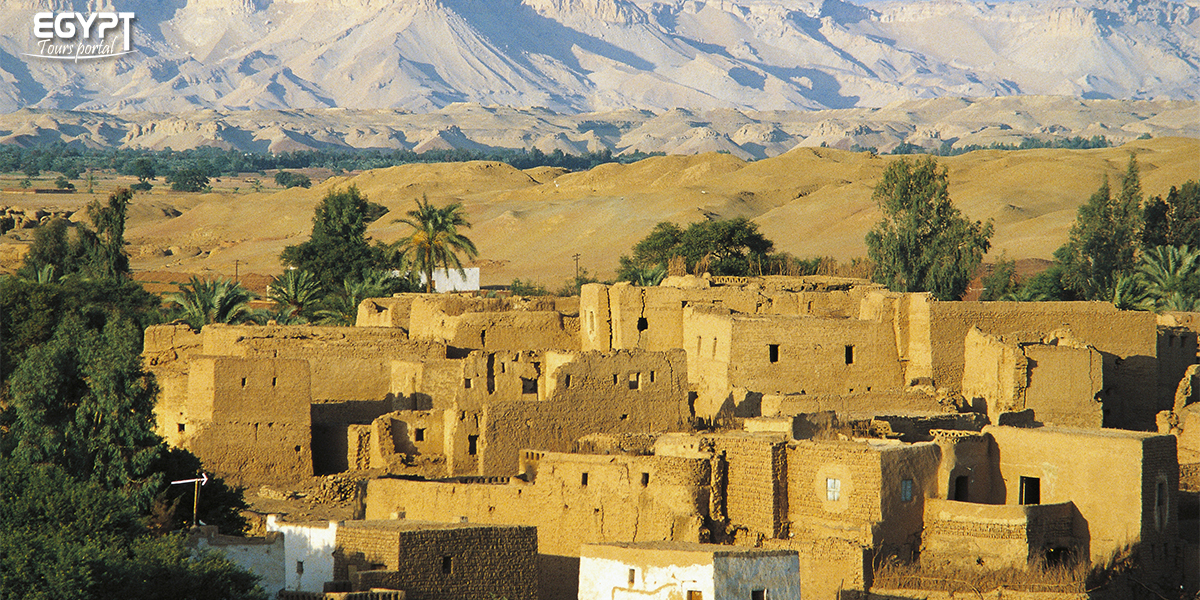 The village of Mut is the largest and most important location within the oasis. The name Mut was derived from the ancient Egyptian goddess Mut of balance and the wife of the famous god Amun of Thebes. In the southeast of Mut is a badly preserved roman settlement called Mut El-Kharab. The most attractive site in the village is the spa of Bir Talata which is located two km away from the center of the town, the water is rich with sulfur and iron which is used in naturally curing various illnesses.

In the north of Mut village is a necropolis of Al-Muzwaqa which consist of around 300 rock-hewn tombs, the most famous tombs are the tomb of Petosiris and Petubastis from the 1st and 2nd centuries which contain all the traditional components of the ancient egyptian tombs, the decorations, wall paintings and drawings that show funerary processions and offerings to the deceased, and the ancient Egyptian gods watching the deceased entering the afterlife.

About 20 km north of Mut is the village of Al-Qasr which holds a number of majestic ancient monuments. In the center of villages lies the minaret of Sheik Nasr El-Din mosque dating to the Ayyubid period in the 11th and 12th centuries, the narrow lanes of the village have some very ancient Islamic houses with doors decorated with acacia wood. North of Mut just near the necropolis is Deir El-Hagar known as the stone monastery which dates to the first century to the time of king Nero and was heavily renovated and enlarged in the Roman period.

It is surrounded by massive mud-brick walls 16m long and 7 m wide with a small hypostyle hall with four pillars, two columns portico, and a sanctuary at the end of the complex. 40 km east of Mut is the village of Bashindi which features a necropolis dating the roman period and contains paintings showcasing perfect pharaonic style and Islamic mausoleum from the 11th and 12th centuries.

The village of Balat which is located northeast of bashindi is known for its historical and architectural importance. The village dates back to the time of egypt old kingdom. A collection of amazing treasures of copper items, terracotta pottery, and copper jewelry were found in a tomb dating from 2289 to 2255 BC and holds beautiful decorations and drawings.

Book Your Tour to the Oasis

The Egyptian western desert is a sand ocean filled with the wonder of magic that will change the way anyone looks at life. Explore the majestic destination of this incredible country and witness the definition of true glory through one of our Egypt tour packages. 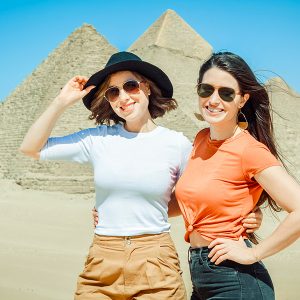 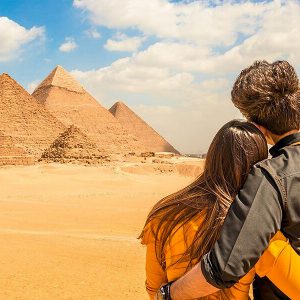 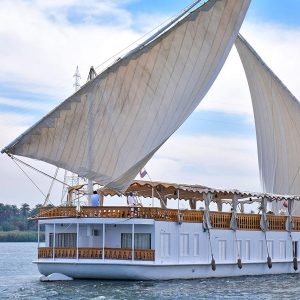